The Oscars Are Over, But I Still Have Some Movies For You 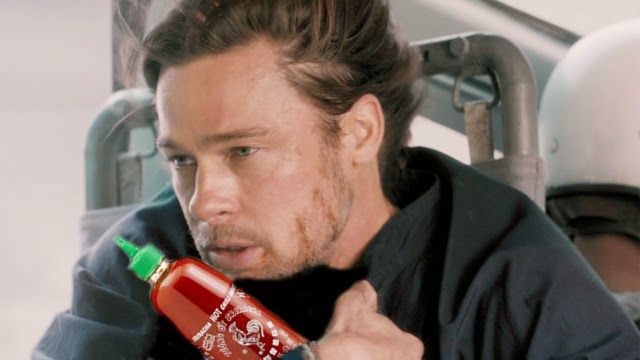 One of my favorite pastimes is surfing Reddit (and if you're not checking out Reddit, you should. If you're already a Redditor, you're checking Reddit on an hourly basis).
Last week they had an awesome thread. Started by user Mechastewart, the topic posed was this:
Add "ing" to any movie title. What's the movie about now?
Good God, these were hilarious! Here are a few of my favorites:
World War Zing - Epic battle of spices and condiments. Which one will reign supreme?
Jurassic Parking - Now about teaching dinosaurs how to drive.
Thoring - Ith about a thuper hero who thors through the thky.
The Fasting And The Furious - Now it's about angry, hungry, religious folk.
Ironing Man - About a stay at home dad.
Lord of the Ringing - The master of prank phone calls.
Das Booting - A story about a German man starting up his computer.
Zombielanding- it's about a bunch of skydiver zombies.
Staring Wars - Don't. Ever. Blink.
Petting Sematary - Like a petting zoo but... yeah. (Yech!)
Gone With The Winding - A reluctant engineer accepts a digital wristwatch.
Girl, Interrupting - Teenage girl constantly interrupts everyone when they are talking.
And my personal favorite:
The Greying - Liam Neeson stops coloring his hair and accepts his gradual aging.
Comments: