Sometimes, You Just Need To Embrace Your Inner Megan

I have the best friends.

You know the kind of friends who always say wonderful things, soft, fuzzy, warm and coddling words that let you know how extra-special you are?

Yeah, my friends aren't much like that. Instead, I get the friends that tell it like it is. The ones that bust my balls as often as they break out the pom-poms to cheer me on. The ones who say wonderful things but aren't afraid in the least to tell me to get off my ass and fix my life.

And I love them fiercely for it.

Take last Thursday, for instance. The kids were at their father's for the evening, and I headed out to Wegman's after work, a favorite place of mine to set up my laptop, and take advantage of some free wi-fi, and write, write, write.

That's just what I was doing, until he came along.

He was about my age with a twinkle in his eye, and he walked over and said hopefully:
"Megan?"
I looked up and smiled and shook my head no and he said "Oh, that's too bad. I was hoping you were."
Then the girl at the next table said (very unhappily) "I'm Megan."
The guy turned and looked at her and said, "Oh. Okay."

So I was on Facebook anyway at the time, and I decided to share my awkward moment with my buddies, all of whom seemed to find it hilarious.

Get his number and tell him he can call you Megan, if he wants
Maybe she'll leave and he'll come over.
Get his digits!

Meanwhile, these two were obviously on a first meet/coffee date sort of thing and this poor guy was trying, but the girl was practically monosyllabic. I'm sure she was feeling more than a little put off by the way their date began, and I felt ungodly bad about it, even though I knew it wasn't my fault. 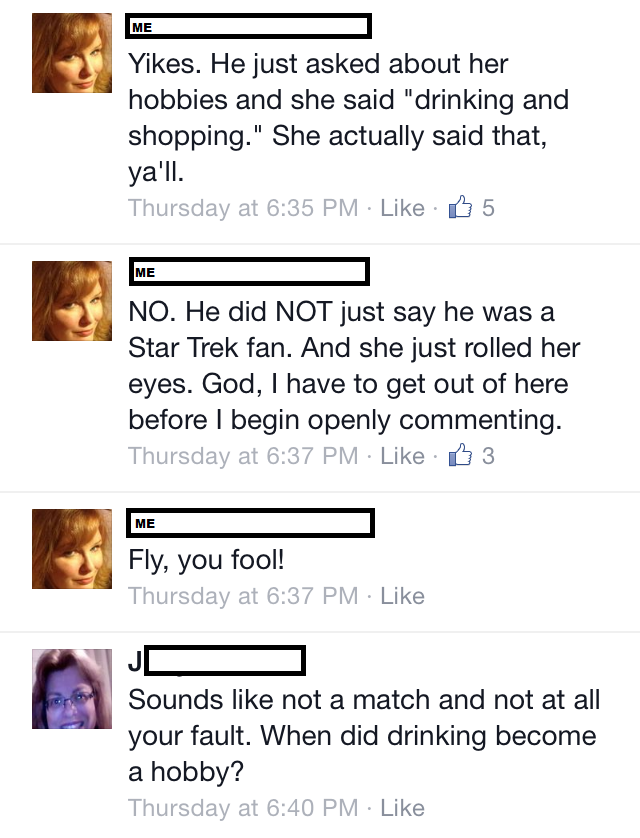 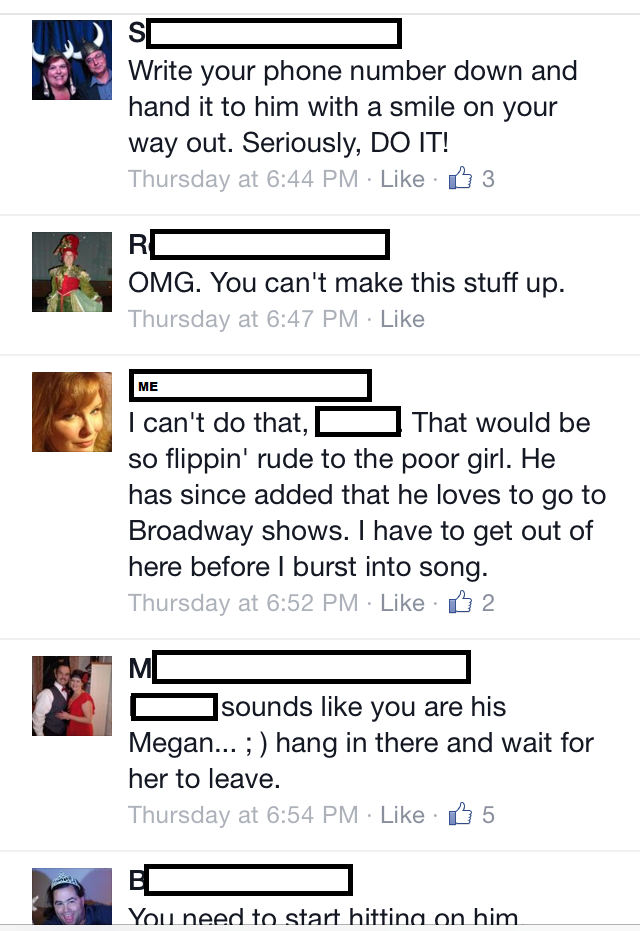 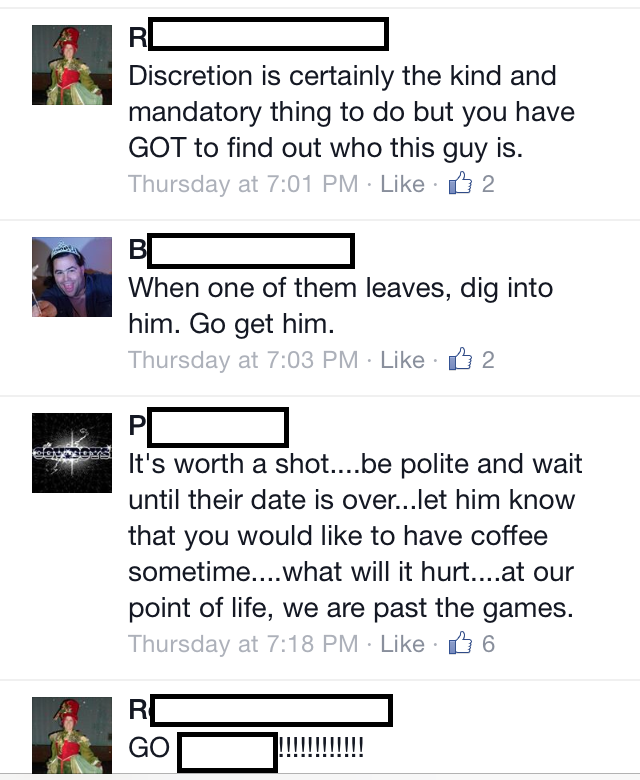 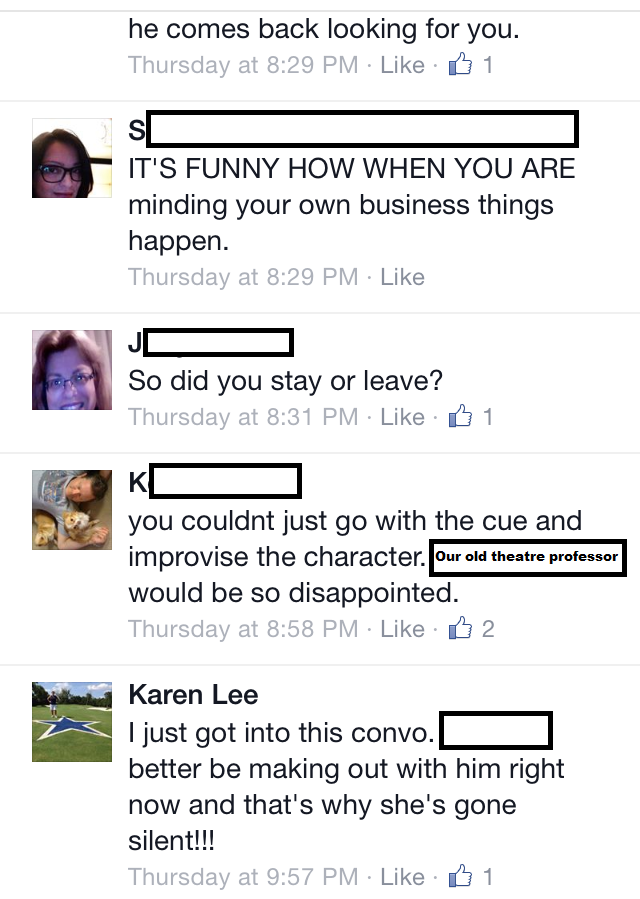 I went silent because I finally got the hell out of there and went home. Once I got settled on my couch, I opened up my laptop and typed my update:

I am home now. And before any of you ask, I am a complete and total chicken sh**. Stop looking at me like that.

And my friends were empathetic, supportive, telling me it was no big deal and that they completely understood. 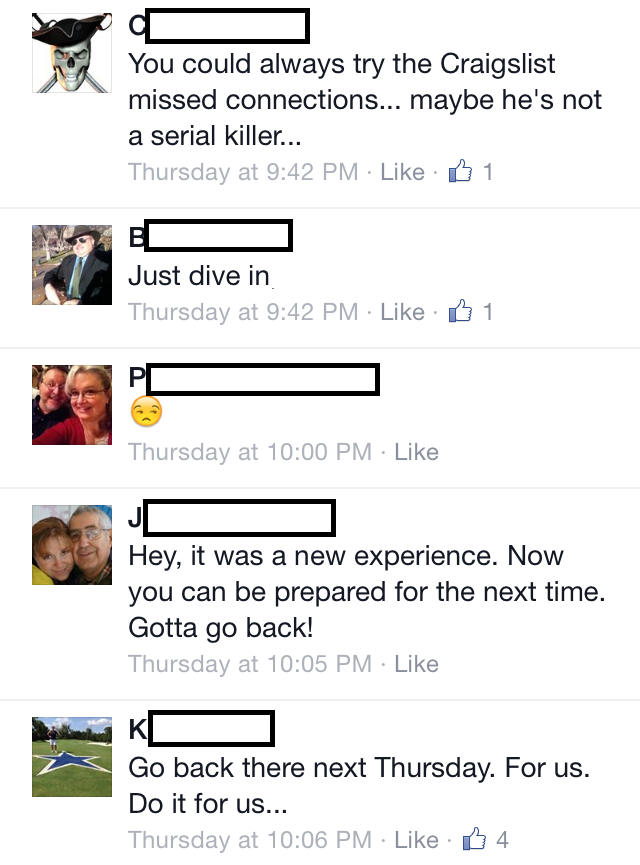 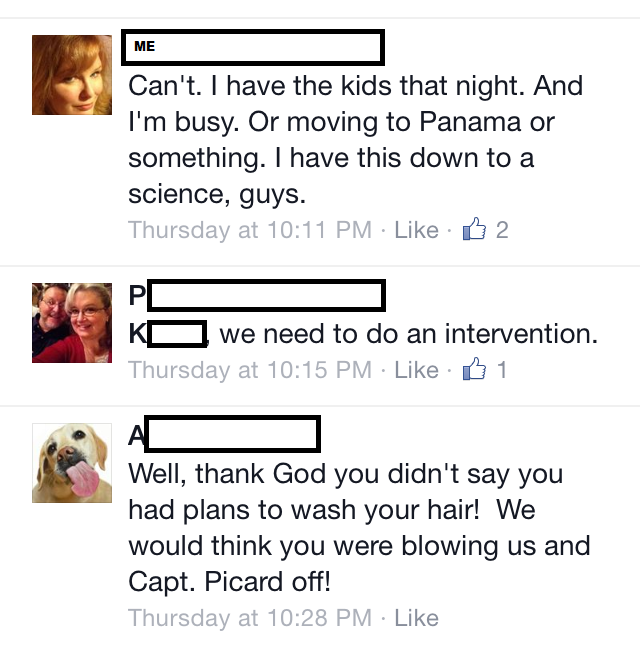 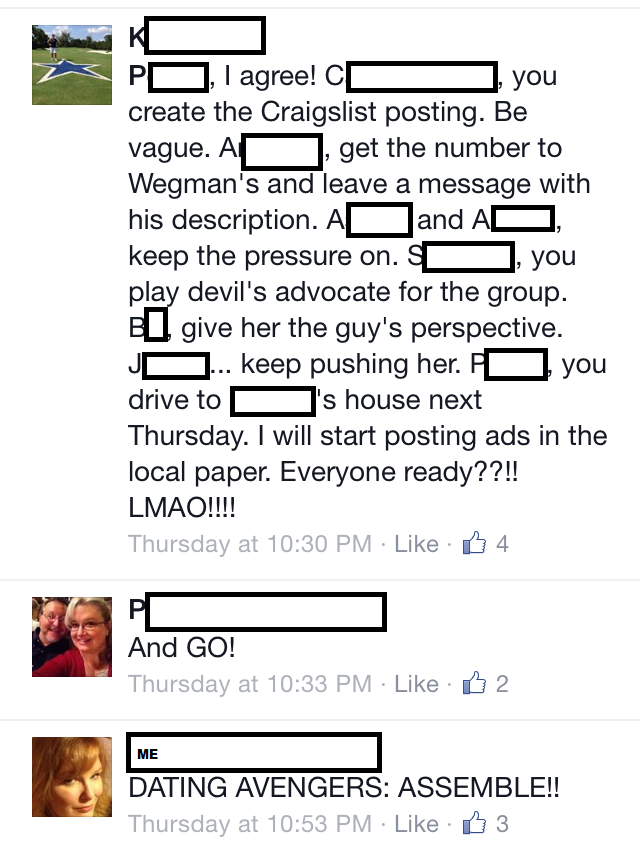 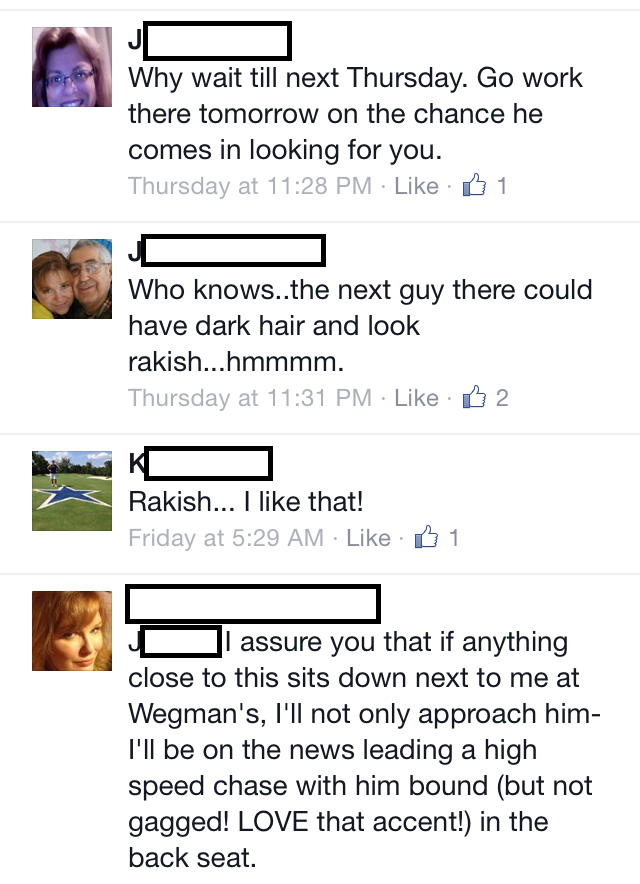 And then I posted this picture of Colin O'Donoghue, just to illustrate the kind of rakish man I might actually get off my ass and approach: 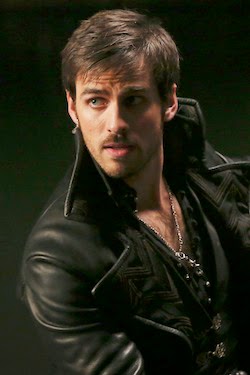 That guy wasn't Colin O'Donoghue. He was a just an average guy with an average build and a pleasant face and maybe he was nothing special.

Or maybe, he could have been somebody who could have been amazing. I'll never know now, and all because I was in an awkward circumstance and I couldn't sprout a pair fast enough to get over that and find a way to let this guy know I wasn't Megan, but I was interested.

So, if you're out there, Wegman's guy, my name isn't Megan. But I go to that Wegman's a lot. I'll be there on Saturday, in fact, right around the same time. I'm throwing that out there just in case you read Mom blogs and not Craigslist.

And maybe next time somebody smiles and holds my eyes a little too long, or makes a point to talk to me when I'm in line with them or something....maybe I'll embrace my inner Megan, and introduce myself.

I have to now.

My friends will kick my ass if I don't.