It's Friday And I'm Sick In Bed, But I Have To Tell You About The Mott Hall Bridges Academy

Yep. Sick as a DAWG (and when you're from the Southwest, I assure you, that means you're really, really freakin' sick - as we say in the Philly burbs).

I'm going to spend today in bed, grateful beyond measure that this is the ex's weekend with the kids. In the meantime, here's a really awesome thing I want to share:

Humans of New York is doing an amazing thing, and it all started with this picture and story: 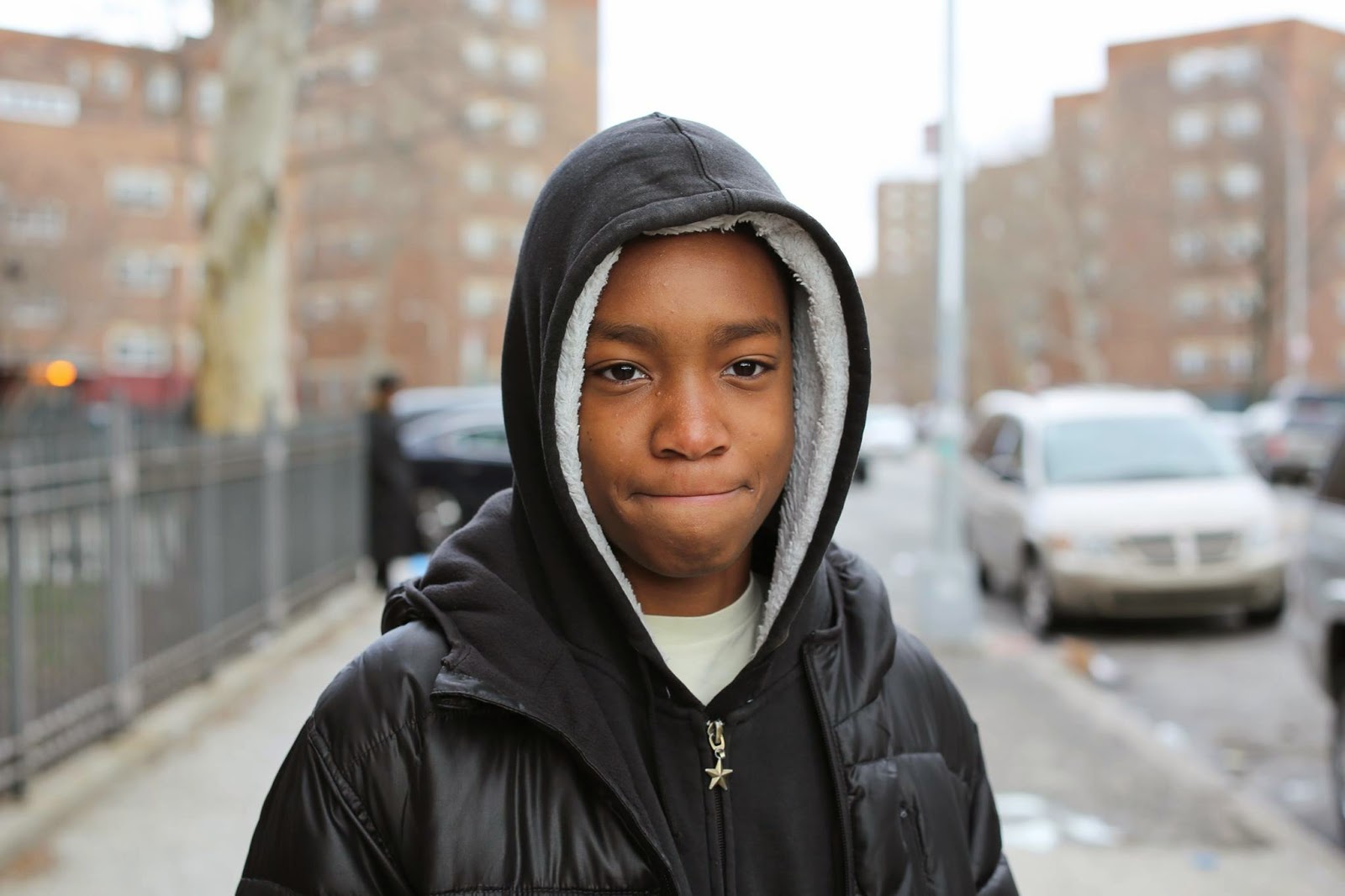 "Who's influenced you the most in your life?"
"My principal, Ms. Lopez."
"How has she influenced you?"
"When we get in trouble, she doesn't suspend us. She calls us to her office and explains to us how society was built down around us. And she tells us that each time somebody fails out of school, a new jail cell gets built. And one time she made every student stand up, one at a time, and she told each one of us that we matter."


It continued with a follow-up visit to the indomitable Ms. Lopez and this write-up: 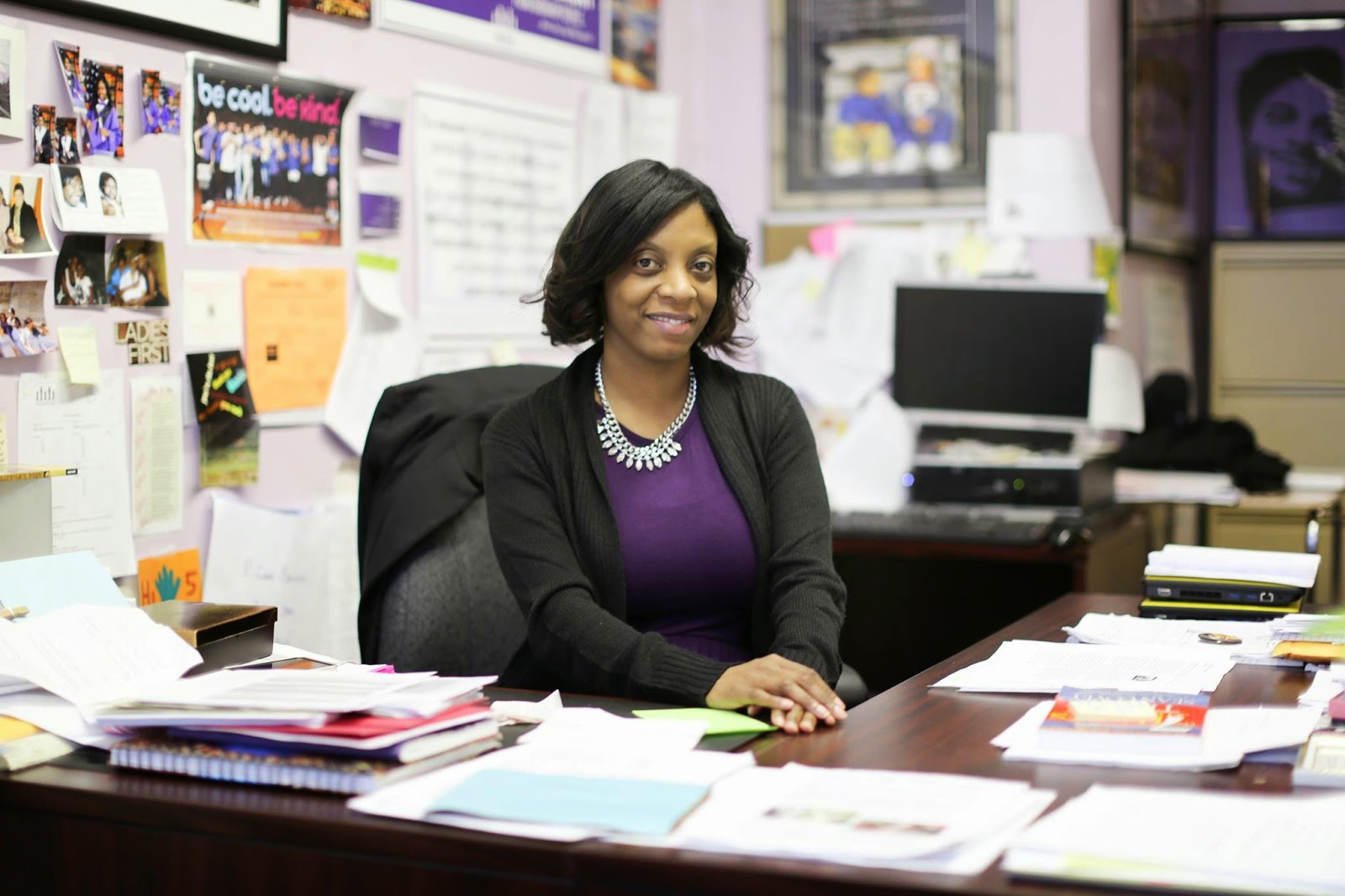 A couple days back, I posted the portrait of a young man who described an influential principal in his life by the name of Ms. Lopez. Yesterday I was fortunate to meet Ms. Lopez at her school, Mott Hall Bridges Academy.

“This is a neighborhood that doesn’t necessarily expect much from our children, so at Mott Hall Bridges Academy we set our expectations very high. We don’t call the children ‘students,’ we call them ‘scholars.’ Our color is purple. Our scholars wear purple and so do our staff. Because purple is the color of royalty. I want my scholars to know that even if they live in a housing project, they are part of a royal lineage going back to great African kings and queens. They belong to a group of individuals who invented astronomy and math. And they belong to a group of individuals who have endured so much history and still overcome. When you tell people you’re from Brownsville, their face cringes up. But there are children here that need to know that they are expected to succeed.”

Inspired by Ms. Lopez and her students at the Mott Hall Bridges Academy, Humans of New York started an IndieGoGo crowdfunding campaign to be able to send her student on a tour of Harvard University.

It's a dream of Ms. Lopez's to accompany each incoming 6th grade class on a tour of the Harvard University campus. Since many of her scholars have never left New York, she wants them to know what it feels like to stand on the campus of one of the world's top schools, and know that they belong. She thinks the experience will broaden their horizons and expand their idea of their own potential.

We need more people like this in the world. We need to encourage more educators to find active ways to empower our children, and then we need to stand behind them as they do. And we need to follow up those lessons at home. Let's build a better world, one kid at a time.

You can donate to the campaign here, and you really, really should. Or call your own school and find out what you can do for them.

And once I'm able to get out of bed, I'm going to be checking out the needs in my community, too.  Education has never gotten the funding it needs in this country. Let's find a way to change that.
By Ellie DeLano - January 23, 2015

Email ThisBlogThis!Share to TwitterShare to FacebookShare to Pinterest
Labels: Awesome