Anna And Ellie: What Do You Think About The Notorious "FriendZone?"

Welcome to another edition of Anna and Ellie! 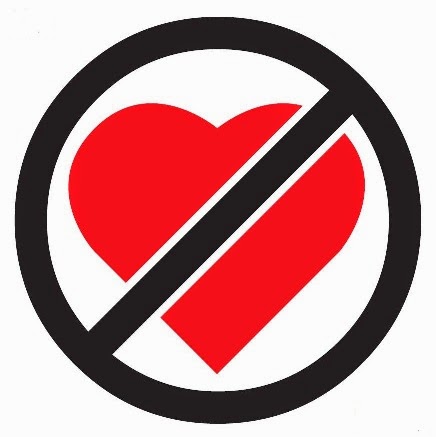 What's your opinion on "The Friendzone? Do you have personal experience with it?"

I would say it really depends on what the situation is. In my situation, there is a boy who likes me and I told him I just want to be friends. He was friends with me before he started liking me. He told me he likes me as more than a friend and I told him I don't feel like that about him, and now I know he's not only hanging around because he's hoping for more since I told him that.

I'm okay with that kind of Friendzone, but people who are just sticking around you because they want something more - and then complain about being in the Friendzone - really irritate me. If you've been straight with them, they should take that for what it is. They should be there for friendship and nothing more.

I would understand if a guy couldn't just be friends because his feelings were too involved. I think it would be brave of him to tell me so. But if he's just hanging around hoping he can tap that or whatever - he can get lost.

Ellie's Comment: I think it's terrific that you told him straight out how you feel (or don't feel) - a lot of girls your age are afraid to hurt someone's feelings and end up making it worse by stringing the guy along. Just be careful, since this guy is clearly making the choice to stick around. Don't delude yourself that he's not still hoping for something more. As long as you keep it strictly platonic, then it's on him if he reads more into it. Don't cross that line, even in a teasing way - you don't want to send mixed-messages.

Can I tell you how tired I am of the term "FriendZone?" Seriously. I even wrote a pretty petulant blog piece about it (and ended up in a Twitter war with an incredibly entitled jerk of a guy over it) because I dare to think that a girl owes you nothing for your efforts at winning her. Nothing.

Of course, that goes the other way, too. Just because you like her doesn't mean you owe her anything, either. And I have definitely seen cases where girls (and sadly, grown women) string guys along, using them as an emotional crutch (or a ready bank account) because they know they've got him on a string. That's just as wrong as the guy who's in the friendzone only because he's hoping it'll pay off in sexual favors.

It's been a lot of years since I had male friends I hung out with in real life (instead of over the internet), but I do remember the college days when I had a big circle of male friends. I also had a steady boyfriend, and here's a curious thing about me: when I'm in love with someone, I am honest-to-God the most oblivious person on the planet. I don't even know when someone's hitting on me because in my mind, I'm taken and I feel like that's a giant neon sign over my head or something. That's part of the reason I have such a hard time recognizing flirting now after having been off the market for so long. And when someone crosses that friendzone line, it's just plain startling for me.

And when that happened, I was always as up-front about it as I could possibly be. I hate confrontation, I hate hurting anyone's feelings. But I also believe in the importance on having a difficult conversation when necessary to avoid a bigger fallout. Sometimes you just have to strap on your big girl panties and shut that nonsense down. Then it's up to him whether or not he can hang within the clearly defined parameters. If he makes that choice (and I'm abiding within those set parameters), he's got no cause to bitch about a platonic relationship when he knows what he signed up for.

Anna's Comment: You do realize you can lead guys on over the internet just like you can in real life, right? You need to be careful. Just because they're not around you in person doesn't mean they don't have real feelings.

Got a question for Ellie and Anna? Drop it in the comments, post it on Facebook or Twitter or feel free to email it to us.