When A Bank Decides To Strategically Re-Arrange Your Money, You Have To Question Their Ethics

Last week, I told you about my house, and how much I love it, and love living in it and in my neighborhood, and how much my ex wants me to sell it. I also told you how much money it sucks away from me and how much of a struggle that is, sometimes.

I didn't tell you all of it.

I didn't tell you that I had paperwork threatening foreclosure laying on the table next to me as I wrote that entry. And I really wasn't entirely sure why. 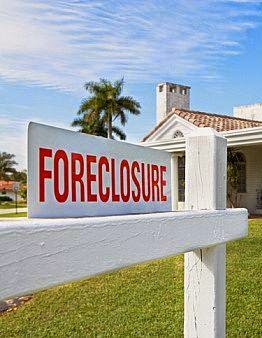 I mean, I'm behind on my mortgage - that much I know. One payment. One lousy payment, that unfortunately, isn't a small payment, and on what I earn, I just can't get caught up.

I've had numerous conversations with the bank, believe me.

Can I refinance? No. The house is underwater on the mortgage, by a sizable chunk of cash.

Can I get a modification? No again. Virtually all the modification programs out there (including HARP and HEMP) want one or both of two things: (a) a lower income level (the ex still co-owns the house with me, so his income doubles mine and added in, makes us ineligible) or (b) a good credit rating (and mine isn't good - I've been behind on my mortgage for well over a year now).

Can I get on a payment plan to re-pay what I owe on that one payment? No. The longest payment plan they'll consider is four months, and I would need at least 18 to repay this one payment. That's how much extra cash I have to throw at this.

Before I lost my second job, I could have thrown about $100 extra dollars toward the mortgage every month, but my late fee monthly is - yep! $98 and some change, so there's not much point in that, is there?

But enough about all that. Let me get to the point of this particular rant. I sat there looking at the paperwork, including the supporting paperwork that tells me they paid an inspector to come out while I wasn't at home and walk around my property to evaluate my house. Nice. And they also told me I'd better pay up a huge chunk of money, or they were going to take my home from me.

So I looked at the figure they claimed that I owed them, and I scratched my head. That was more than I calculated, even with my late fees added on. Then I flipped the notice over, to look at their payment breakdown, where they show me just how late I am and how I haven't made enough payments.

Month-by-month for the last six months, it showed the payments.

Except, it didn't. They missed one. For whatever reason, my August payment wasn't on their list. I immediately go into my online banking site, check my account history, and there it is, deducted from my account. Why did they have no record of it?

So now, by their estimation, I am two payments behind, and not one. Obviously, this is a misunderstanding.

I called their customer service number, and got prompt, friendly service from a  rep by the name of Ignacio. He really was a great guy, and I want to shout him out here, because he handled this well, and I hope he finds better work with a more reputable company some day.

He did some digging, and it turns out they did receive my August payment. They just decided that instead of applying it to my principal or interest, they'd take the entire payment and apply it to my late fees. This, of course, made me short two payments instead of one, which automatically triggers foreclosure paperwork.

"The bank deliberately misdirected my payment,

and threatened foreclosure because of it."

*********************************************
I tried very hard not to yell at Ignacio. I even apologized because I did raise my voice in pure exasperation. I questioned how it was possible for them to redirect my payment, without my authorization and without even informing me. He had no real explanation other than to reiterate that I had outstanding late fees and it had been done the way they did it.

I then questioned the legality of redirecting my payment - again without notification or my express permission to do so - and thereby triggering the foreclosure process, which could have possibly led to me having to surrender my house.

Ignacio put me on hold, talked to a supervisor, and got the payment redirected toward my principal and interest, just as it should have been all along. He even asked me nicely if I wanted to speak to someone about options for a four month payment plan or a refinance or modification I won't qualify for. He offered to transfer me. I thanked him and said I'd call them back to do that later.

And then I realized just how insidious that whole thing was. The bank deliberately misdirected my payment, and threatened foreclosure because of it. This wasn't an oversight. It wasn't a human or computer error. They took my money and put it where they felt like putting it and ooops! Guess what? Now we're going to take your house!

So here's me, standing on my soapbox, saying this loud and clear:

Santander Bank: What you did was unethical, and possibly illegal. And if you want to throw a single mom and her kids (one of whom has special needs) out into the street, you're going to get a whole lot of ugly PR in your face first.

I've had my say. Any lawyers out there who can tell me if I've got a case? I'd love to sue them for just enough to cover my back payment and late fees (and the lawyer, of course).
By Ellie DeLano - October 16, 2014