Pizza And Pedophiles - Welcome To My Secret Nightmare

I'm sharing this story today because it's weighing heavily on my mind. This didn't happen to me, but to a friend, and I won't use names, of course.

My friend's husband runs his own business, and one of his workers, who also happens to be a family member and only twenty years old, was on-site at someone's home, taking a break and eating some pizza.

A nine year-old boy from the neighborhood was skateboarding by, and the two of them got into a conversation about skateboarding and BMX, and soon after it was time for the 20 year-old to get back to work. He had a slice of pizza left in the box, and he didn't want it to go to waste, so he offered it to the kid, if he wanted it. The kid said no, and the 20 year old went back to work. 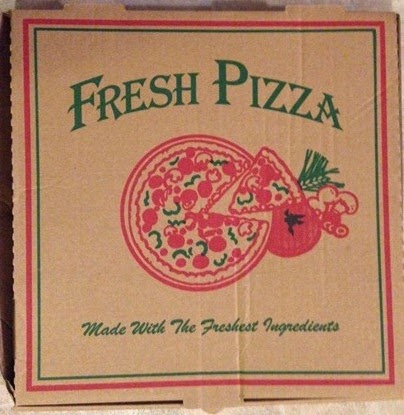 The kid went home and told his mom that guy working down the street offered him pizza, and Mom flipped out. She went down there and confronted the 20-year old, freaking on him royally for offering her kid food, calling him a pedophile and threatening to call the police. The 20-year old apologized profusely, more than a little freaked out himself, and thought that was the end of it. After all, he didn't ask the kid to get in his truck. He didn't follow the kid home. He didn't even know the kid's name or where he lived. He voluntarily gave the woman his name, the city he lived in,  and let her copy down the license plate number on his truck.

Mom then called the 20 year old's boss (my friend's husband), since their business sign was on the property, to tell him that he was employing a pedophile. My friend's husband reassured her that as a father himself, he understood how frightening it is to have a stranger talk to your kid, let alone offer him food. He also personally vouched for the 20 year old and reassured her that he'd speak to the guy about talking to kids he doesn't know.

Mom has since thought it over and called him again the next morning to say she had talked to her son once more and the kid now says he didn't talk to the 20 year old at all and the guy just offered him pizza out of the blue, and she is definitely going to call the cops now.

My friend shared all of this with me because, of course, the 20 year old, his mother and the whole family pretty are really, really upset about this. I listened to this whole story, and while the mother in me can certainly understand the need to find out what's going on when a stranger engages your child for any reason, I do think this woman is overreacting. It surprises me not one bit that her kid is now saying he never talked to the guy - he knows he'll get in trouble for talking to a stranger, especially considering how badly mom is freaking out over it.

It's likely nothing much will happen if the woman calls the police - after all, the guy did nothing more than talk to the kid and offer him a slice of pizza, that the kid turned down anyway. He had a legitimate reason for being in the neighborhood, he didn't ask the kid to go anywhere, he didn't follow the kid, he didn't expose himself to the kid or even talk about anything that could even remotely be considered immoral or suggestive in nature. But the police will still have to file a report, and if a future employer does a background search, who's to say that won't come up?

And you have no idea how completely and utterly terrifying this is to the mother of a child with autism, a boy child who's big for his age and will likely become a young man who's big for his age. A young man who's incredibly friendly and incredibly naive and has no social skills or social filters. A young man who would think it's funny to say the word "butt" to anybody, and will talk to anyone about anything anytime and not give an appropriate answer (or blurt out some movie dialogue) when confronted because he's unsure how to communicate with someone who's being hostile.

I can't watch my child every second of the day. So I'm hammering the lessons in. Now, along with "don't talk to strangers" comes "If they don't know you, you're the stranger," and "You can say hi but you can't say more than that."

I have to teach this boy - this boy who so desperately wants and needs human interaction - that he can't interact with everybody. That it's wrong to be nice sometimes, in certain situations, and with certain types of people and kids.

I could turn this around and ask "What have we become?" but I'm not blaming a mother for looking out for her kid. I may not have gone to those extremes, but I can't fault her for being concerned.

I just know there are two mothers who are terrified for their kid in that situation. I'm only a bystander, hearing it and feeling it's icy grip around my stomach, squeezing until I feel like I can't breath for the fear of it - because it's all too likely for someone like my kid.