Christopher Joey Williams ("CJ" to his friends and family) is a high school student at Lake Howell high school in Seminole County, Florida. For over five years, CJ has been involved in a program known as "Challenger Football" that pairs special needs kids with mentors to help them play the sports they love.

CJ got paired up with a high school player, a rising star with a load of potential ahead of him. His name was Blake Bortles. 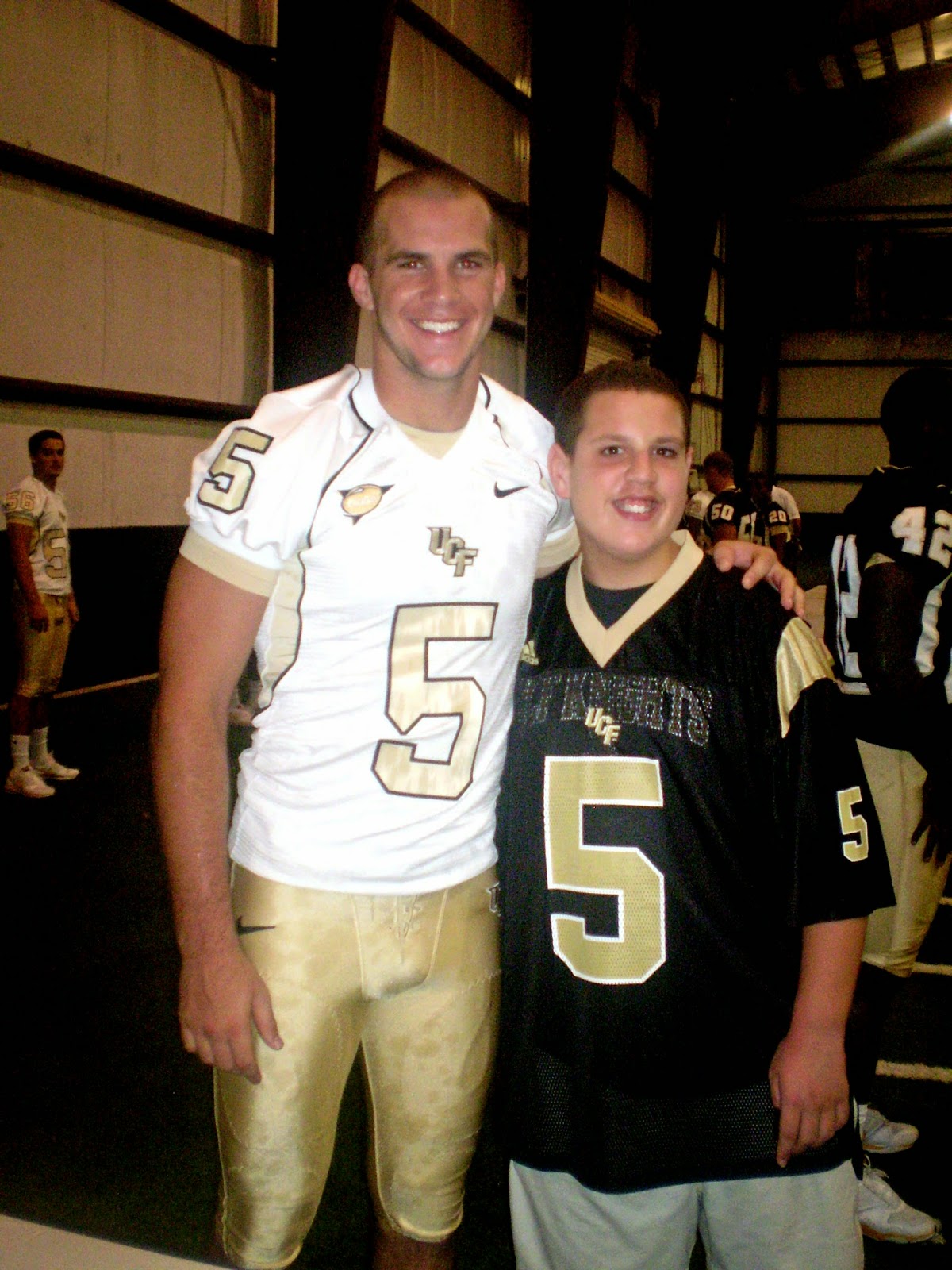 And all through that time, not only did Blake take part in the program, but he hung out with CJ outside of the program as well. CJ's mother tells us all about it:

"Aside from partnering with CJ at the Challenger games, he would come by just to hang out and shoot hoops or to sit in CJ’s room with him and watch old football games. And I do mean old. As in, games from the 1990′s. Games from when before CJ was born....This young man has repeatedly been kind to my son…faithfully kind, and so very patient and full of good humor. And over time, as my trust in him grew, my mother’s heart healed a little bit and my faith in the good things in this world was given a boost."

Blake went on to college, and this year, he was the #3 pick in the NFL draft (going to the Jacksonville Jaguars), and #1 for quarterback. And guess what he'd been doing, just a few days before the draft? CJ's Mom tells us the whole story here, but let me pull out an excerpt, because it deserves the emphasis:

"In between pro days and the combine, Blake made a special trip out to Challenger practice to meet with the kids. We knew he was coming, but were not allowed to tell anyone. NO ONE. The coaches didn’t even know. Blake’s mom printed 200 5×7 photos and Blake signed his name to every one and took photos with the kids for over an hour. He did not leave until the last kid and parent had every photo and autograph they wanted. Keep in mind this is a young man who was just days away from the draft…someone under tremendous pressure from all sides…and this was where he choose to focus his time and attention."

It meant the world to CJ, and to all the kids in Challenger, and last night, CJ realized a dream, taking the field with the regular players on his high school team.

For CJ, a dream realized from a lesson in perseverance, and for the rest of the world, a lesson in kindness and inclusion, from a man whose parents obviously raised him right.

I may have just become a football fan.