When I told one of my coworkers I was going Vegas, she exclaimed, “Oh my God, you have to fly in at night!”

I’m here to tell you, ladies and gents, if you’re going to Vegas, you have to fly in at night. I mean it. It was amazing to watch it all glow against the blackness, with landmarks like The Luxor and The Eiffel Tower getting more recognizable as we made our approach. Unfortunately, I was in an aisle seat, so this is the best I got through the airplane window. One of my seatmates was kind enough to snap it for me. Wish I’d waited, though – it was much more spectacular when we got closer. 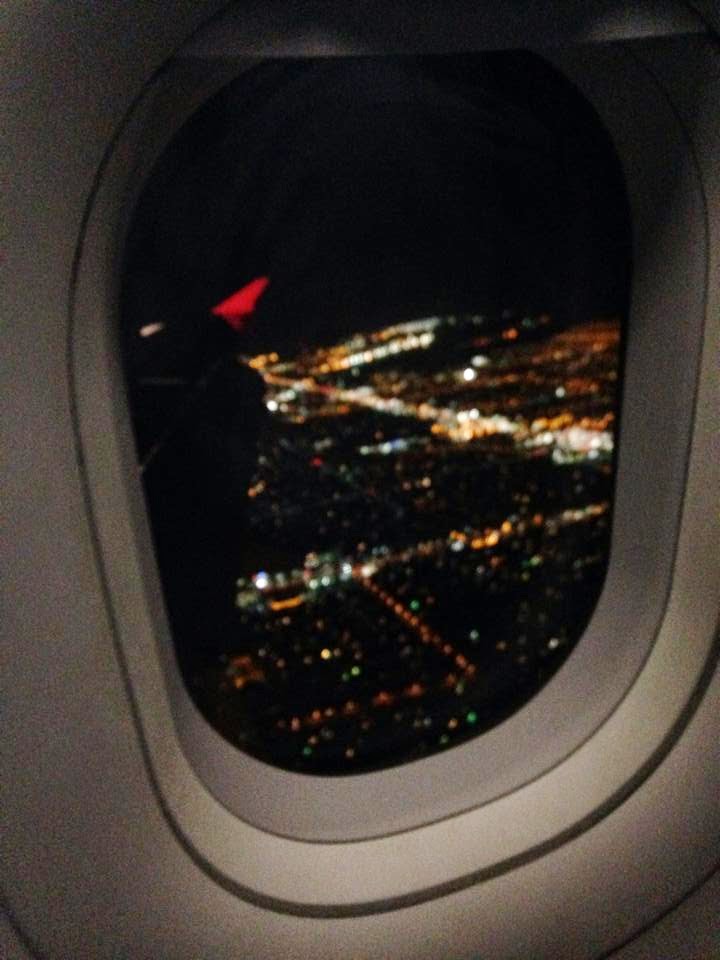 
I was all by my lonesome in the row at first, and then I saw them approach, pointing at the aisle number over my head. I thought to myself, “Self, you could certainly do worse than a five hour flight next to two twenty-something, good-looking guys.”

And then they spoke.

They spoke and the heavens opened and the angels danced upon the very breath that moved and shimmered across their vocal cords.

Good God. They were Irish. I sat in a state of bliss the entire flight, just listening to them talk in hushed tones. And when one of them needed to get up and out to the aisle, he actually called me “Luv.”

I assure you, the Wonder Woman underwear were thoroughly steamed by the time we hit the tarmac in Vegas. I only had a carry-on, and coincidentally, my traveling companions (who were supposed to arrive hours ahead of me) got rerouted due to weather and arrived literally the same moment I did. But could I find them in the airport? NOPE.

So they shared a cab and I hopped on my pre-reserved shuttle (Showtime Shuttle, if you’re interested – they were great and only $9) and half an hour later, we were sucking down plates of eggs and hash browns and biscuits and gravy to prep for a night of solid drinking.

Yeah, I know. What diet?

Then we went over to a place called Le Bayou and got 48 ounce daiquiris in a big plastic football with a straw and I’m terribly glad I didn’t opt for the extra shot of alcohol that the girl was pushing because these things were strong enough to take the enamel off your teeth.

We wandered around a bit, taking in the experience, and then settled in at the penny slots at The Golden Nugget, where at one point I was up $80. When I left, I’d broken even, my football of frozen goodness was three-quarters gone, I couldn’t feel my lips and the world was insanely funny.

We staggered in around 2:30am Vegas time, which is 5:30am Philly time (and I'd been up since 6am), and I think you could have packed an entire summer wardrobe in the bags under my eyes, but damn, did we have fun. Check us out: 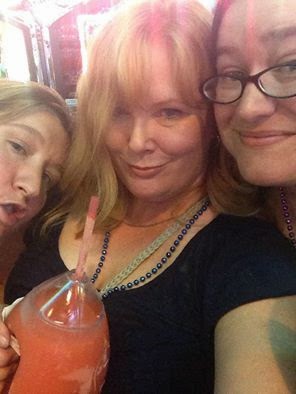 Those are my wonderful friends, Carrie (on the left) and Jill (on the right) and they honest-to-God crowdfunded my trip to Vegas. Which is even more awesome when I tell you that until that night, we had never met.

Not in person, anyway. We’ve known each other online for probably close to a decade, courtesy of a place known as LiveJournal (and then more recently, Facebook), and we’d always vowed to do Vegas together someday.

So there I was, living my someday, with a little (or a lot) of help from my friends on the internet. God bless ‘em.

Email ThisBlogThis!Share to TwitterShare to FacebookShare to Pinterest
Labels: Vegas14