Once Upon A Time: My Big, Fat, Season Four Premiere Review 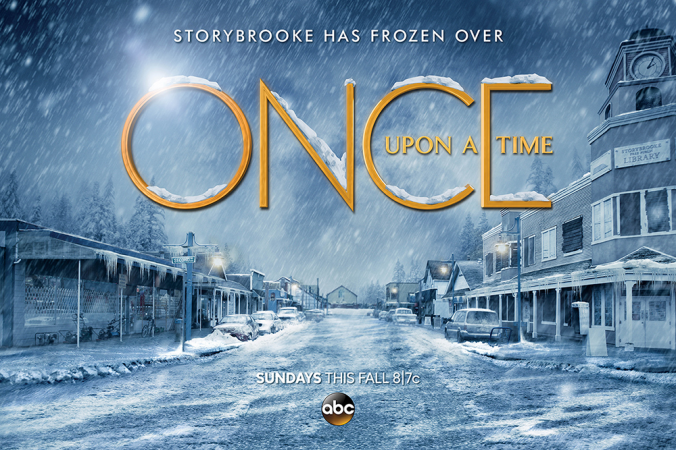 Ohhhhhhhhhh the anticipation!! Especially after the way they left season three. We Captain Swan die-hards were all agog.

Agog, I tell you.

Right back to square one. Emma, you suck. Would you like a little "hem" with your "haw?" 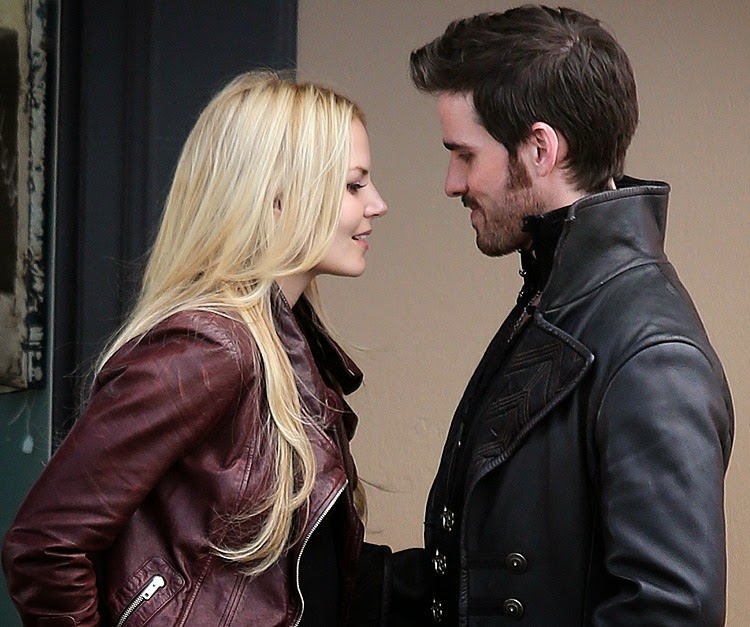 Honestly, what is this woman's problem? Is he too devilishly handsome for you? Too witty? Too intelligent? Too selfless where you're concerned and now as well with others? Too nice to your family? Too great with your kid? Too much chest hair?


Ah. He's too perfect. I get that. He's so perfect, you're afraid you either don't deserve him, or you'll ruin it somehow. I've had relationship worries like that.

Back in middle school.

Grow up, Emma. Wake up and smell the rum, love. Wrap yourself around that black leather and get your hook on, already. Put on some Netflix (back at his place, not yours - your house is Grand Central for some reason) and then let nature (or a naughty pirate) take its course.

And you call that a kiss? Be patient, my ass. (And I know I love Hook and everything he does, but I just have to say that pissy Hook is awesome. I love how he calls Emma out on her nonsense).

Okay, enough of my rant. So this episode was full on the Anna and Elsa show, with occasional, excruciatingly brief appearances by some minor characters - you know, the ones the show was based on.

And let me say here and now an ENORMOUS thank you to Ginny Goodwin and the powers-that-be at Once Upon A Time, who are letting her return to work looking like a genuine, real-life mother, which, of course, she is. But it was awesome to see that she didn't hand the baby off to a team of nannies so she could spend all damn day with her personal trainer and chef/nutritionist to make sure she was a size 0 by the time the show started filming. I think she looks awesome, and being a working mom myself, I applaud her for returning to work and finding a balance as best she can. Go Ginny!

Whoa - who hit Henry with a puberty bat? I think maybe Adam and Eddie should have written more than a year into the show at hiatus.

Rumple gets a tearful chunk of plot exposition, for all of you who're now watching because you are Frozen fans. Thanks for that. He still hasn't owned up to the dagger, and I hope he never does. It'll be so much better if she finds out on her own, and knowing our Belle, she will.

Marian, shut up already. I'm trying not to hate you, just because Regina deserves Robin, but you're making it hard. Can't somebody trip her on the ice or something? Just sayin'...

But back to Blah-blah and her sister, Blah-blah. Yeah, that was snarky, but if you must know, I wasn't terribly thrilled at the thought of Frozen coming to Storybrooke. So now it's here and I'm still on the fence about it. The snow monster was okay - it looks like they're putting a little more money into CGI this season, so that's good, but overall, I'm still not feeling the groove.

And the Enchanted Forest is now Misthaven. Whatever.

Hopefully next week, we'll have a little more of what makes Storybrooke great and a little less pandering to the current fad. I hope so, anyway.

My rating: Two hooks out of five.