I was vacationing in the mid-west when I first saw the delightful Coke cans and bottles with people's names on them. I searched through bin after bin after bin, trying to find my kid's names, but to no avail. But you know what I did find? 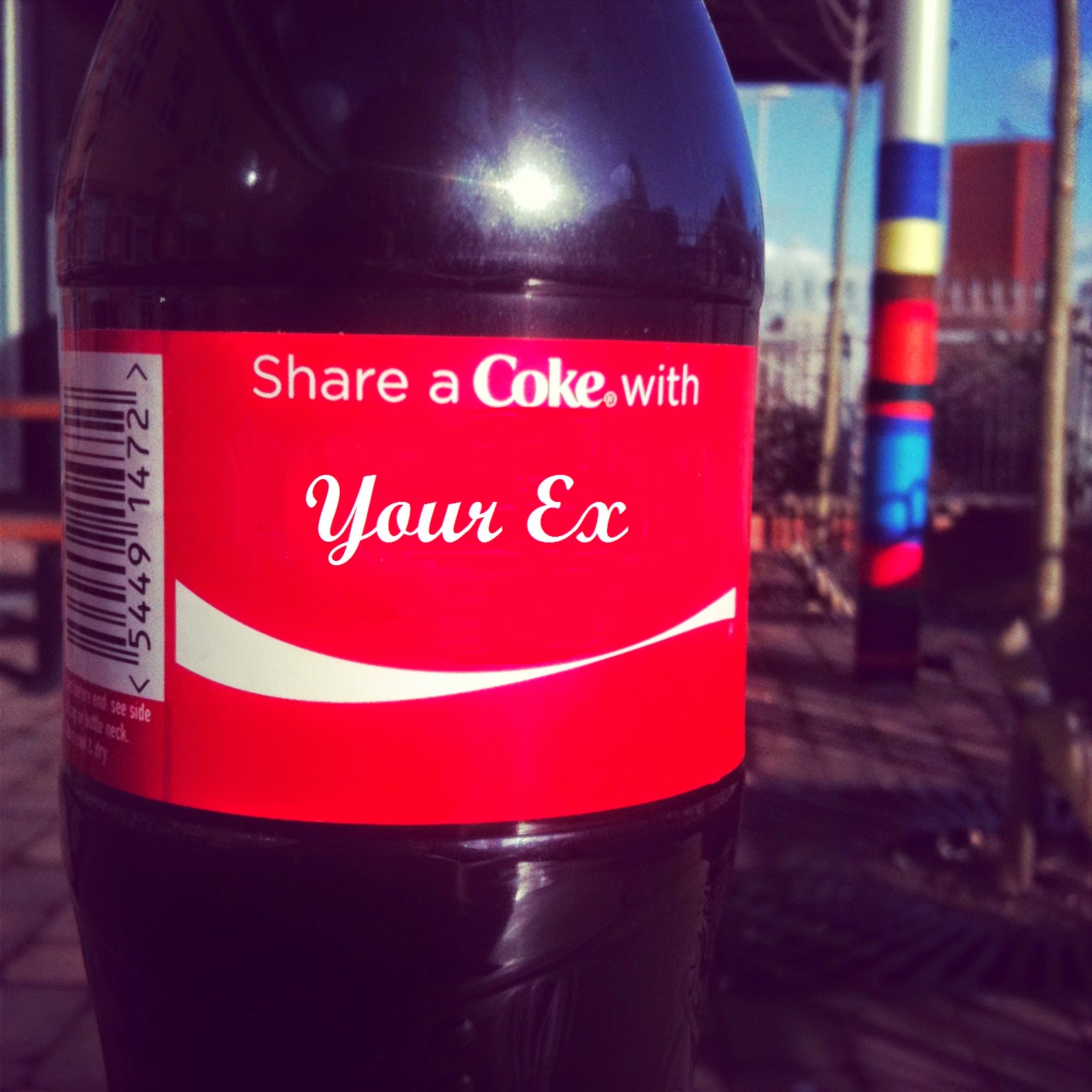 Which is weird, because he doesn't have an especially common name. It's not a funky name or anything, but you just don't see it a lot, is all.

Unless, of course, you're trying to find a Coke with someone else's name on it, and then all bets are off.

Maybe there's an over-abundance of his namesakes in the mid-west or something. I didn't meet any, that I recall.

It really was getting comical, too. Coke after Coke, Diet or Classic, and even a couple of Coke Zeroes, which of course, made me snicker and take a picture to send to my friends back home.

I finally gave up after I picked up the ninth one with his name on it - and that was just since I'd started counting, mind you - and decided I'd had enough.

Was the universe trying to tell me something?

Maybe I should be reaching out to him more. Trying to bury the hatchet. Share a coke (or a Diet Coke, my preference) and listen to him belch and watch him scratch himself and remember all the good times.

Or maybe I could remind him that I drink a lot less Coke and a lot more home-brewed iced tea since he walked out with two-thirds of my household income.

Or perhaps the universe wanted me to shake it up really, really vigorously, then plant it in his car or something. He'd be driving along, look over and see it, realize it had his name on it and immediately feel like he had to drink it. Then it would explode all over the inside of that tediously detailed car.

Except, with my luck, he'd slam into a tree or oncoming traffic or something. Even though he's worth a lot of money to me dead (let's not think about that now), I suppose the kids will miss him so that's not a good plan, either.

So I guess I'll just keep searching until I find a name I can use. No luck so far. Since I got back to the East Coast, I have pulled up a lot of "Brandon's" though. Maybe he's the next great love of my life.

Brandon, if you're out there, maybe the universe is trying to tell us something.

Email ThisBlogThis!Share to TwitterShare to FacebookShare to Pinterest
Labels: Divorce