Water, Water Everywhere - And I Have To Force Myself To Drink 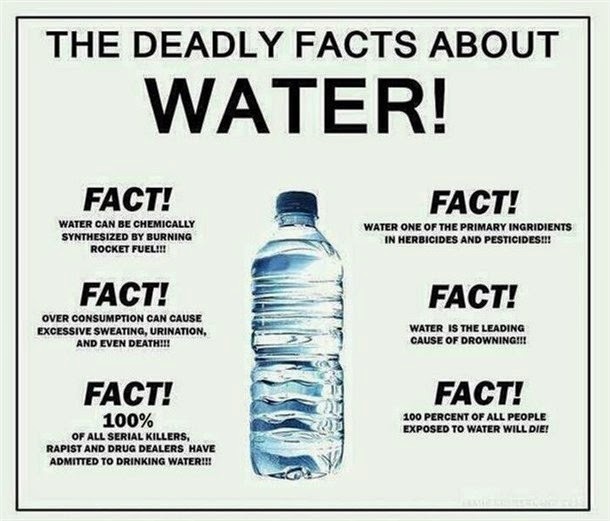 Okay, so I'm on a diet. Which isn't the end of the world, though some days it feels like it. I've been fairly successful so far. I'm down eight pounds since last week. I'm sure that most of that is good old water weight, but I'll take it.

And to that end, along with my cutting back of calories and eating smarter and working out (yes, I'm actually working out), I am drinking lots and lots of water.

And I'm hating it. Hating. It.

There. I said it. I hate water. It's boring. It's blah. It's the drinking equivalent of eating food made of styrofoam. And don't tell me to add a slice of lemon or a sprig of mint. Then it's lemony-minty nothing. Still not delicious. Still not stimulating. Still snoozeville for my tastebuds.

I'm trying to stay away from Crystal light or Mio or any other way to "enhance" my water because I'm honestly trying to retrain my palate here. I'm also limiting quantities of my two favorite drinks: Diet Dr. Pepper and iced tea with Splenda.

I have an enormous sweet tooth, and I think if I can get myself to stop craving the flavor of sweet, I'll be better off overall and maybe not sabotaging the diet so much. I can live without pasta, chips, bread, pretzels and potatoes. I have a much, much harder time living without that handful of mini Tootsie Rolls from the candy jar or that entire sleeve of Fig Newtons.

And I have a really, really hard time guzzling all this damn water even though I know it's good for me. I take it like medicine, pinching my nose or glugging it down quickly just to get it over with. I tell myself someday I will like it. I will crave it.

I will be one of those girls with the gap between her thighs (Or not. Probably not.) who talks about workouts like they're better than sex and gives a huge, satisfied sigh after draining a bottle of water.

Until then, I'm drinking this boring, tasteless, colorless liquid and forcing my ass onto a treadmill or reaching for my kettlebells, and I'll keep on doing it until I give up again or get healthy. At the very least, I'm walking briskly to the bathroom several times a day, so I've got that going for me.