This Time, I Had To Say The Word 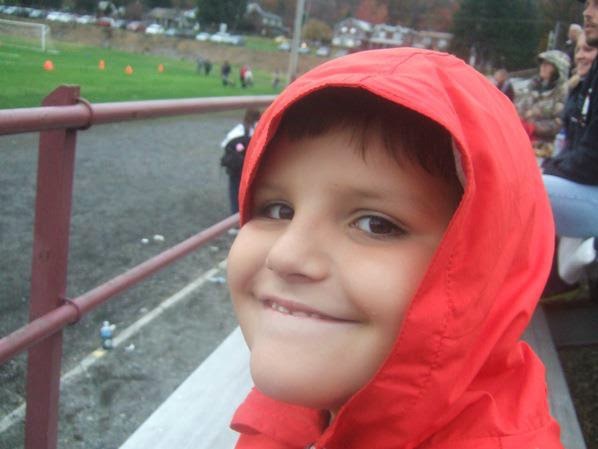 It's rainy today, and it matches my mood.
The school called me yesterday, or more specifically, the guidance counselor.
We have a problem, she said. And I listened.
He repeats himself over and over. He licks his hands - a new stim he's developed. He's started saying inappropriate things, calling girls sexy or talking about sex sometimes. He and another little boy are fighting at the bus stop, calling each other "losers."

Some of this is normal stuff a ten year old boy would do, and should be reprimanded for when he does. Some is inappropriate, but he doesn't entirely realize it is. Some is autism, and we need to find ways for him to break his stim behaviors like licking hands and echolalia.

Because, the counselor said kindly, the other kids are starting to ostracize him. He's annoying them. Or making them feel uncomfortable. And they don't want to be around him as much anymore. He spends recess alone now. Kids sit with him at the lunch table, but no one talks to him like they used to.

And my heart has a ravine carved through it by her words, and a river of how do I fix this flows through it.

I know that it's time. It's time to say the word, and make him understand the word.

The word is Autism.

He's heard it, of course, knows that it's vaguely something we talk about, but in his world, it means nothing. It has no context.

I sat him down. I told him I wasn't mad at him. We hugged. We talked. I made him picture charts, showing kids licking their hands with big red X's over the pictures. I told him sexy and sex were grown up words, and he shouldn't be talking about them to other kids, even if he heard it in a movie. Or from another kid. I told him he can't be fighting, and when the other boys try to fight with him, even if they're just playing, he has to walk away, or he might get in trouble.

And he looked at me with his very sad eyes and he asked. He finally asked.

Why is it so hard for me?

And that's when I knew he was finally ready to hear why. That his brain is different. Autism makes him different. Different, but not less. Different, and having to learn differently, and try harder.

Different, and I will help him. Always. Until it's easy and not so hard anymore.

I tell him so will I.

Then we hug and we eat ice cream and I remind him of how much his friends like him. He's funny and he's kind and he's a very good friend to have. And at bedtime, we go over his picture chart again, modeling the behaviors he needs change, so he can keep his friends, friends that he wants to keep, very, very much.

I took his face in my hands.

David, you are good, I say. No matter how many times you forget today and make a mistake, you are good. Nothing will ever change the person that you are inside. Not mistakes. Not autism. You are good. And I love you as the good person you are. I always will.

He hugged me tight, and gave me a thumbs-up and his gorgeous, cheeky grin.

David is now, officially a person with autism, in the eyes of the world, and in his eyes as well.

But most of all, everyone, please see that David is a person.

He's a person, and he's trying.