Heaven Help Me, I Am SO Verklempt - My Little Girl Is Growing Up

And I shut the door behind her and promptly burst into tears.

Tomorrow is her last day of twelve, you know.

Once Upon A Time - Season 3, Episode 15: Candlesticks And Crazy People

We begin with an early morning meeting at Granny's between our cadre of major characters, all wondering how in the hell it is that Rumplestiltskin is alive. Hook mentions that back in the Enchanted Forest, Neal had been searching for a way to bring his father back, hoping that his father could help him return to Emma and Henry. How Hook knows this, I don't know, since he rode off before Neal had that conversation with Belle a few episodes ago. Screw continuity, on with the show!

Emma reminds him that no one has seen Neal - it's possible he's even a flying monkey. Regina wants another crack at the farmhouse - it's possible there's something magical there that can help them. They all agree to reconvene later.

Emma lets Belle know that Rumple is alive, and sets Belle looking for a clue within the shop. Hook gallantly offers to stay behind with Belle to protect her in case the witch pays a visit and Belle reminds him that he's previously tried to kill her. Twice.

"Sorry?" he says with a sheepish grin, and Belle magnanimously chooses to accept that apology. Then again, being threatened at gunpoint wasn't so awful for her, as I recall.

"Quiche on the Keyboard" And Other Great Works Of Literary Fiction

I am a master at novel titles. Honest to God. I could write a book.

Seriously, though, I have a thing about catchy phrases that would make wonderful novels. I spilled quiche on my keyboard  yesterday and I suddenly thought, "What a great title!"

I Got My Feelings Hurt On The Internet

My post has been featured on the BlogHer Network!

I Got My Feelings Hurt On The Internet

FYI - Good To Know If You Own A Kindle!

If you log in to your Amazon account and go to the Kindle eBooks page, in the middle of that page there may be a banner that says "Good News! You have a new credit to spend on Kindle books." If so, click on that. It's legit and will tell you how much you have. It's a refund from the settlement between Amazon and certain publishers due to a lawsuit.

I'm don't know all the details, but you can find out more if you go to that page. Amazon is refunding a certain amount if you purchased a Kindle book published by certain companies within the time period specified in the lawsuit.

Email ThisBlogThis!Share to TwitterShare to FacebookShare to Pinterest
Labels: News

Major League Baseball is teaming up with Autism Speaks in a league-wide effort to recognize Autism Awareness Month in April. All 30 MLB Clubs will raise awareness for the disorder during one home game this season. 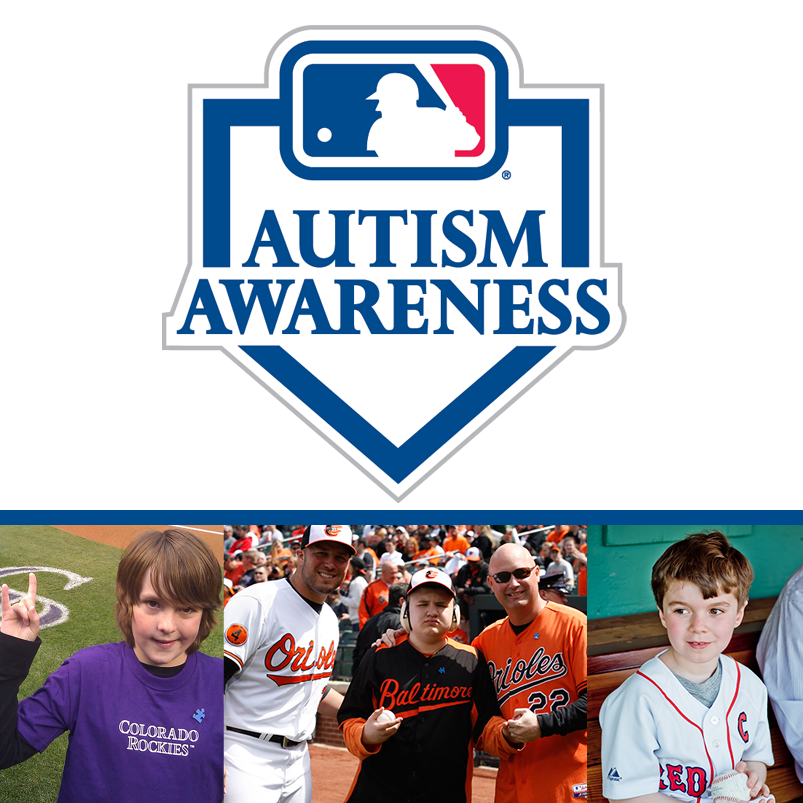 Once Upon A Time - Season 3, Episode 14 Recap: Get That Girl A Skillet!

I was so excited when I saw the promos for this episode. First, because they actually cast a person of color (the Enchanted Forest is an Aryan dream, isn't it?) and second, because this was Rapunzel. Rapunzel! I couldn't wait!!

And as Storybrooke has taught me, fairy tales are made to be shattered.

Anyway. We start this evening in the castle during the lost year, and David is looking confused. I know, he does that a lot, but this time, he's hearing a baby cry, so he goes to investigate. He enters Emma's former nursery - which we know from Season 2 is in the other castle and demolished - but the room appears to be intact, including that iconic unicorn mobile (Sidenote prediction: They call back to that thing so damn much, it's got to be flagged for something in the future. It's cursed or carries an enchantment or something. I'm calling it now).

Standing in the room is Emma, in full princess-wear, asking him to teach her how to dance for her first royal ball.

Saw This In Multiple Locations, But It Deserves A Re-Blog

This is supposed to be advice for men, but most of it holds true for anyone.

Check Out This Google+ Hangout With Women And Girl STEM Role Models, Courtesy Of "We The Geeks"

Tune into this Google+ Hangout to hear from women and girl STEM leaders as they share their stories and advice to inspire the next generation of young women to discover their inner geeks and become the inventors and leaders of tomorrow. 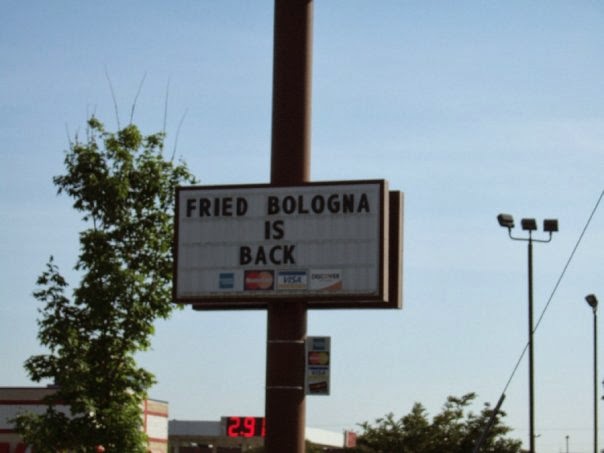 I'm just out of luck.

As a blogger, I'd love to post a cutesy video of my cute kids and I being all cute doing a cute thing to a cute song or talking about something really, really...cute.

But alas. I had my kids late in life. I became a mother just five days shy of my 36th birthday, and again at 38. My husband (when I had one) and I were never young and cute enough to do this:

Oh, This Was SO Me Growing Up 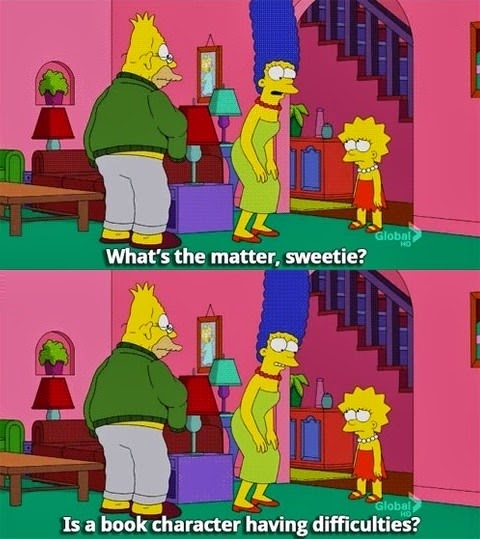 The Wearing Of The (Mostly) Green

Happy St. Patrick's Day to all, and especially those of Irish descent. I can claim it on both sides of the family, but in the interest of full disclosure, I am a mutt when it comes to my heritage. Mostly Irish, some Native American, some Belgian, and who knows what else but I think those are the major groups.

So here I am, somewhat Irish, to give you Ellie's Irish Picks of the Day. Enjoy!

Everything You Want To Know About The Shamrock Shake

A helpful guide, for any of you partaking in festivities tonight

Email ThisBlogThis!Share to TwitterShare to FacebookShare to Pinterest
Labels: St.PaddysDay

Once Upon A Time - Season 3, Episode 13 Recap: Serious Levels Of Snark And Psycho

Tonight we open with our wicked, wicked villain, who seems to have a taste for the finer things in life. She paws through Regina's leftover jewels and then sends a flying monkey off to let "The Evil Queen" know she's all up in her house.

Meanwhile the group is trudging along, presumably to Sherwood Forest, and lo and behold - it's Red!!

Oh, we've missed you, Red! Regina, meanwhile has remembered the tunnel under the castle walls that only she knows about. She can get inside, lower the protection spell, and then David and Snow can send in their army.

Just as Regina lays out the plan, a screeching comes from overhead and they're attacked by monkeys again. One heads straight for little Roland, and Regina steps in front of the boy to protect him, then turns the monster into a stuffed animal for Roland to enjoy. This earns her the thanks and more importantly, the interest of a certain outlaw.

I'm back at work today after dealing with a bout of walking pneumonia. I'm probably not supposed to be here, at least according to my doctor, but the big boss is in the office this week and I really, really need to be in.

So I showed up on Monday and staggered through the day, then dragged myself into bed for Tuesday and Wednesday. Today I made it back in again, and I do feel a lot better but nowhere near 100%. Most of all, I'm tired.

Let me introduce you to Dancing Steve:

I found him posted on a site that I frequent a little over a year ago, and saved the file to my phone. And whenever David is having a bad day, or we're out somewhere and something sets him off and he's close to a meltdown, Dancing Steve saves the day.

And it surprises me not at all that we both still love Blues Clues, and Steve, after all these years.

Is It Just Me? I Just Don't Get "The Bachelor"

Once again, "The Bachelor" has had another finale, and once again, people are freaking because the guy made a choice.

In this case, he made a choice not to choose, and while all current reports are that this guy is allegedly a giant douche-bag, I have to say that proposing to someone you just chose by process of elimination after weeks of playing a very public field ranks right up there with beating your head against bunk beds until you faint, common-sense wise.

And as I've posted here before, what makes a girl think that a guy who's made out with a roomful of women before choosing you is a spectacular catch?

Email ThisBlogThis!Share to TwitterShare to FacebookShare to Pinterest
Labels: Dating and Relationships, Life

Confessions Of A Nerd-Footed Woman

I adore my children.

Anyone who knows me will tell you that I do indeed, love my children. I love them a lot.

But they make me crazy.

Why do they do things? I mean, crazy things. Things that utterly defy common sense and any form of reasonable judgement.

Once Upon A Time - Season 3, Episode 12 Recap: When You Need A Job Done, Find A Pirate

We begin this much anticipated post-hiatus episode with a prince, charging through the countryside on his valiant steed - and it turns out it's Phillip. A pregnant Aurora is waiting for him by the ever-used gazebo when suddenly a magic cloud dumps the entire population of Storybrooke in the field next to them.

Over in New York, Emma makes an entrance a la Season One, wearing a hot dress and sky-high heels, and she's meeting what appears to be her boyfriend. What the hell!!!

They're talking about work and Henry and it's clear they've got some history together, however brief. He seems as though he's a thoughtful guy, and Emma is clearly happy - which is an odd thing to see on this show, it really is. And for the record - Jen Morrison looks ten years younger when she smiles. I'm glad they're letting her do that. She's a beautiful girl, but when she smiles she's just breathtaking.

Her boyfriend gets up to "see to something" and everyone's favorite leather-clad pirate slides right into his seat, startling Emma who has a clear memory of nailing him in the 'nads with a knee earlier that day.

Hook begs her to hear him out. He tells her that everything she believes about herself is wrong and then he slides a slip of paper with an address across the table at her. Emma tells him to get lost and he looks at her with those fathomless blue eyes and says "I know you, Swan. You sense that something is off." He asks her to go to the address written on the paper, and when she's through, he'll be waiting in Central Park.

I Got Nothin'....But A Case Of Pneumonia

Yep. You read that right. I have walking pneumonia, which is something like the walking dead, but with phlegm. So that explains why I've felt like hammered death on a Ritz cracker for a couple of weeks and why my body feels like it's been beaten with a sock full of nickels and then forced to ingest molten lead.

Not a good way to be.

So here's me, taking my happy cough medicine with hydrocodone and slamming back antibiotics and not even bothering to try to blog on this brain much.

Hopefully, next week will be better. 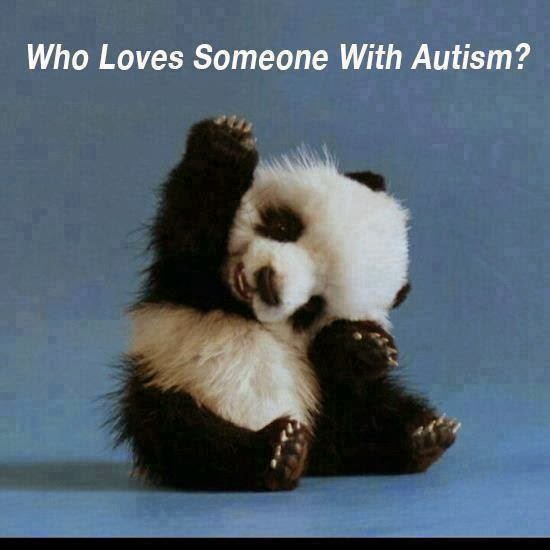