Oh, I hate New Year's resolutions. Not just because they're hard to keep, but because everybody (including me) makes the same generic resolutions over and over again.

We're all going to eat healthier and work out more.

We're all going to get more sleep, slow down, enjoy life.

We're all going to spend more time with our families and call and see our friends more often.

I want to do all that, and more. But I also have some very specific goals I plan to accomplish in this next year, and I'm setting them down for all posterity here because I think I really need to. For me.

Hi, My Name Is Ellie, And I Have A Secret Addiction

I'm sure you've noticed that I've been sparse lately. Some of that is the holiday hustle and bustle, some of it was because I hit a genuine creative streak and got a hell of a lot of work done on the YA novel I'm trying to hammer out, and the rest of my creative juices have been diverted into my new vice.

Oh, dear God. I'm going to confess it now, and I still can't believe I'm writing it as I do.

I got addicted to fanfic.

My children will attest that I can sing every single word of this song:

What Does Mom Want For Christmas? Pull Up A Chair And Let Me Explain Anna and I were on the couch last night and I was wrapping the gifts that David and I had picked out for his therapists and teacher. She looked over at me and said, "Mom - what do you want for Christmas? And don't say the pirate guy from 'Once Upon A Time'."

Well, hell. There goes the first item on my list. 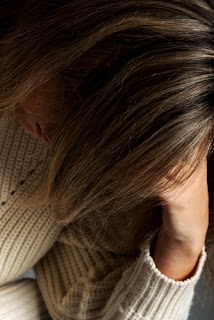 It was a snow day, and we were inside, my son and I. He was watching “Despicable Me” and I was catching up on my holiday baking.

The wind was cold that afternoon, and he couldn’t bear the feel of it on his face, so sledding with his sister was not an option. He decided to keep me company instead. As I stood there mixing, he watched his movie and then he asked me a question.

Once Upon A Time - Season 3, Episode 11 Recap: Where We Learn That Hearts Can Be Ripped Out Through TV Screens

This episode begins with a conversation at the magical Storybrooke wishing well, where Felix is congratulating Pan for sticking it to Regina. Pan is assembling the ingredients to cast the curse, and happily, one of those ingredients is Felix's heart, since he's the closest thing Pan can get to love. He rips the bugger's heart out and tosses it along with the other ingredients into the well, starting the chain reaction that will bring on the curse.

Our heroes on the other side of town are wondering how they're going to stop a second curse, and Rumple may have a way. The curse was built to be unstoppable, but the person who originally cast it - and that's Regina, of course - can use it to reverse the damage. Of course, that'll come with a price, and it'll be a steep one.

But first, he recommends that they use a spell to switch Pan and Henry back to their respective bodies, but he needs a powerful tool to do that: the black fairy's wand.

Tink helpfully provides back story that will no doubt be called upon in a later story arc: the black fairy was well-learned in dark magic and very powerful. Blue exiled her but before she did, she took the black fairy's wand. It's possible Blue has it hidden in the church or convent somewhere.

David, Henry, Tink and Neal head off to the church and everyone else goes to Gold's shop to prepare Henry for the body switch.

These Are Forty Kinds Of Awesome - Notes From Kids

Just passing along a bit of hilarity. Check out these notes from children!
By Ellie DeLano - December 12, 2013 No comments: 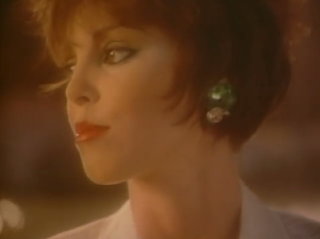 God help my daughter when we're in the car and the radio station starts playing eighties music. She is not permitted to change the station under penalty of me singing a whole lot louder.

So the other night when she happened upon Pat Benatar as she was tuning the radio dial and I said (okay, screeched) Stop!

Once Upon A Time - Season 3, Episode 10 Recap: Oh, Is It Time For Another Curse Already?

We begin this episode with Belle leading Ariel to Eric (and their smoochy Disney-bird reunion), just as the Jolly Roger breaks through the sky, streaking to a perfect landing (of course) in Storybrooke harbor.

The cheering crowds welcome our heroes home, and the Lost Boys are shuffled off to God knows where because we never see their sorry, scraggly asses again.

Belle tearfully hugs Rumple as Neal brings Rumple his gold-handled walking stick. Rumple tells his son it'll be a reminder of the man he is no more.

Wendy finds her brothers, who are also thrilled to see Neal before they all head back to London, also never to be seen again.

In the middle of all these happy reunions, Snow directs everyone's attention to Regina, giving her the praise she deserves as someone who really came through for them.

This Is For All My Fellow Word Nerd Captain Hook Fans 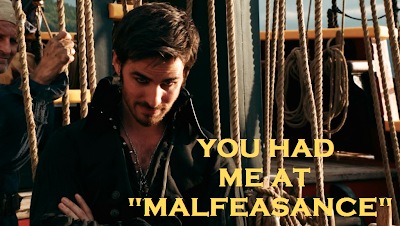 Instead of words, maybe we just need music:

I am a bad Mom today. As hard as that is, it's harder that I'm a bad Mom and I really can't do too much about it right now.

This is a very busy week for me at work. My department is hosting a conference of high-level executives from all over the globe, and it's my job to coordinate the whole thing, from setup to logistics planning to execution.

It's a lot of work, compounded greatly by the fact that they just restructured the department, and reduced the headcount in certain areas - one of them was mine, of course. There used to be two people doing this job and now there's just me.

And just me woke up at 12:35 am this morning to the sound of a little boy projectile vomiting all over a bedroom.

Christmas Should Be For Everyone Who Wants To Celebrate It

Those of you who follow this blog (or know anyone personally with autism) know how hard it can be to have your child in a mall this time of year or around any of the twinkling lights, cinnamon potpourri and jangling bells and carols.

It's gotten easier for me with David as the years have passed, but still, it's a gamble every time we go into an environment like that. If he's having an off day, the whole world can go kerplooey at the drop of a hat.

That's why I was so pleased to read this article, via WVEC in Hampton Roads, VA, about special Santas for children with autism.

Once Upon A Time - Season 3, Episode 9 Recap: And So The Little Prince Melted The Heart Of The Evil Queen...

This evening we begin with deliciously evil Enchanted Forest Regina, rolling along in her royal carriage as Grumpy tolls the town bell screaming "The curse! It's here!"

Rumplestiltskin is in his cell and Regina arrives to gloat. Rumple asks her how it felt to rip out the heart of the thing she loves the most, and Regina doesn't dwell upon it. "It was the price of the curse," she says, "how it felt doesn't matter."

Rumple seems to think that it matters very much. Something's now missing inside Regina. A price that steep leaves a hole in your heart, and someday, Regina will come to him to fill it. She wonders if he's taunting her in an effort to get out of the last deal he made and escape the curse, but Rumple makes it clear: he's exactly where he wants to be.