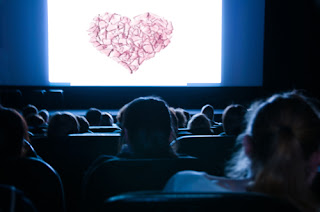 In case you just crawled out from under a rock, you need to realize that Valentine's Day is only a couple of days away and if you haven't made plans, well, you're most likely out of luck as far as dinner reservations go. If you're like me (broke), staying in and seeing a movie (ala Redbox or Netflix) might be a better way to go.


So here are my recommendations for great romantic movies that you may not have seen but you ought to if you haven't.

1. Return to Me - Minnie Driver is a girl who gets a heart transplant. David Duchovny is the widower of the woman who donated the heart. They end up meeting and dating without realizing their connection. All of that is sweet, but the real selling point in this one is Carroll O'Connor as Minnie's dad and all his poker buddies (including Robert Loggia), who absolutely steal the show and make it really funny at times. This one will hit you right in the gut while splitting your sides with laughter.

2. P.S. I Love You - This one was recommended to me by a guy (a retired military guy, no less) and turned into one of my favorite movies ever. Hilariously funny and soooo romantic. Gerard Butler and Hillary Swank have amazing chemistry, and features an A-list supporting character cast (including Kathy Bates in a really surprising and heartfelt performance as Hillary's mom).

3. Chocolat - What's not to love about Johnny Depp, Juliette Binoche, and chocolate? Lots and lots of chocolate! More than that, it's a story about finding what really makes the meaning in your life. Quirky, lovely, and has one of my favorite lines in cinema, ever: "Who says I can't use a skillet!"

4. Stardust - It would be entirely too easy to mention "The Princess Bride" here, but since this list is about movies you may not have seen, I'll go with something in the same vein. This uproariously funny, wonderfully romantic fairy tale has magical elements (including Michelle Pfeiffer as a badass witch) and a whole lot of heart. Add in a flambouyant pirate captain (Robert DeNiro), wise-cracking ghosts, a lost prince, a stolen princess, a fallen star and a villian who fights to the death (and beyond), and you've got a great movie all-around. The romance is just the icing on the cake!

5. Slumdog Millionaire - This movie is at it's heart, a love story. A big, epic, occasionally chaotic but oh-such-a-payoff-in-the-end love story. And if you think you've got a good idea what it's about from seeing the trailers and watching the dance video for "Jai Ho", I assure you that you are completely mistaken. It didn't get all those Oscar nominations for nothing, honey. It's a bit on the violent side, but I've never seen such a complex and interesting love story in my life.

Honorable mention because you might not have seen these if you're not a Mommy:

Tangled - worth it for the boat scene alone, but if ever there were a Disney princess movie that a man could love, this would be it.

Wall-E - Who knew robot love could hit you in the heart? Pixar, that's who. Watch it. You'll be glad you did.

Those are my picks for a quiet, romantic Valentine's Day "in", for those of you so inclined. I'd love to hear your picks, as well!