Five doors down from me, there's a house for sale.

I know the neighbors in a nodding sort of "howdjadoo" kind of way. They're nice people with a big, friendly dog and two teenage kids. We don't hang with them because their kids are older and they're out a lot. I don't know why they're moving - I hope for their sakes it's for a great new job or a home that's a better fit and not something like a divorce or a financial disaster that precipitated the move.

And even though they're nice enough, I have to tell you that I'm excited to see them go. 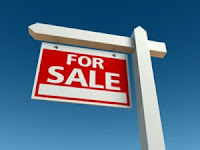 (That sounds horrible, doesn't it? It does, I know. Some neighbor I am.)

The truth of it is that I want to meet whoever buys that house. More than that, I want them to have a kid. Or kids. And I want one kid to be a boy the same age as my boy, or close enough. And I want that boy to not have a problem with a friend who occasionally says odd things or forgets that he's playing with you sometimes.

It's a tall order, I know. The trouble is, I had it once.

His name was Luke, and he lived next door. He was a wonderful kid, raised by equally terrific parents. Luke was a year younger than David, and even though he progressed beyond David's communication skills at the time, he didn't care if David was hard to understand. He always seemed to figure out what David was asking. He didn't seem to notice if David repeated himself a lot. And if David wandered off or turned his back while they were playing, Luke just went over and got his attention. They were great buddies, running, yelling, jumping, laughing. It was awesome.

As luck would have it, they moved out the same week that my husband walked out the door. It's no exaggeration to say that I was just as heartbroken over David losing his friend. The family was replaced with a young, single couple who've since broken up and now I've got a bachelor next door who throws parties for his friends. His friends without kids.

There are other kids in the neighborhood, of course. The ones that are his age have outgrown him. They don't want to play like he does. The younger ones are fine with David until they get in a group, and then  his differences seem so much more pronounced and they gravitate away. That never happened with Luke, but who knows? If he'd stayed and started school here and had his group of school friends, maybe he would have done the same.

Or maybe he wouldn't have, and David would have had a friend on the block all the way through high school.

When you're pregnant, you have all these dreams for your kid. Big dreams. Amazing dreams. Oh-he's-going-to-own-the-world dreams. Then autism comes along and tells you that the small dreams are big dreams, too.

So I watch that For Sale sign at the end of the street, and I hope. Sorry to see you go, guys, but....