I Know You Think I'm Terribly Smart, But Really, There's Nothing Useful In My Head 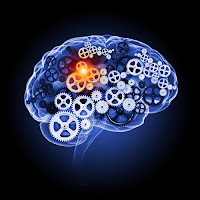 My brain is a vault of useless knowledge.

I blame many things for this. First, I was born with an unbelievable amount of curiousity and an overwhelming love for the dramatic. Not a good combination, as it leads you to discover everything you can about things people don't bother with, and then treat each morsel of information like it's a burning news bulletin that must be shared with the world.

Did you know that Ernest Hemingway kept cats that were polydactyl? Or that it's illegal to own eagle feathers unless you're a member of a federally recognized Native American tribe? No? But isn't it terribly exciting???

OK, maybe not so much.


In addition to my ridiculous curiousity, my parents stored a boxful of 1958 World Book Encyclopedias in my closet. I have no idea why, but I can assure you I read them. I read them all. It was there that I learned that Ceylon produces one third of the world's tea. At least, it did back then. When it was still called Ceylon and not Sri Lanka. But I digress.

I continued on through life, gathering an obscure fact here and a bit of trivia there. In the eighties, I was a star at games of Trivial Pursuit - at least until the dreaded sports questions, anyway - and I won many a match by pulling out some freakish factoid out of nowhere.

Yes, Marlon Brando got expelled from his high school for riding his motorcycle through the halls. Who didn't know that?

Then came the internet age. God help me.

Wikipedia. Google. Mental Floss. Reddit. The universe and all it's doors are opened and a bright and glorious new day of ridiculously useless crap is overflowing from the flowerpots of my mind!!! I have gorged myself at the fountains of ridiculous uselessness and will never have my fill.

My boss stopped by my desk the other day to ask if I had White-Out. He only got as far as "Did you know...." before I interrupted with "Yes! White-Out was invented by the mother of Mike Nesmith, who sang with The Monkees!"

He looked at me oddly and said "No, I was just going to say 'Did you know we're not supposed to order this?' The legal department doesn't want us to even be tempted to use it, in case it's a sensitive document."

Oh. No, I didn't know that. Probably because it would have been useful to know.

This kind of useless knowledge helped me triumphantly lead my table to victory in the trivia contest at the office Christmas party last year. They kept looking at me and saying "Wow! I can't believe you know all this stuff!"

"Oh, I have a mind for trivia," I said. "For instance, did you know that the actor Andy Garcia, was a conjoined twin at birth?"

They all just stared at me. And not necessarily in a good way. But they were still thrilled when we won our gift cards, reassuring me again that I am so very incredibly smart to know all that.

I didn't bother to tell them I was too stupid to remember where I put my phone down and that when I got home that night, I realized I'd pulled frozen chicken out of the freezer to let it thaw and put it in a kitchen drawer instead of the refrigerator. I also had to ask my kid what mean, median and mode were so I could help her with her homework.

I'm guessing I just don't have room for the important stuff with all the rest of this random minutae swirling around in my head.

Hey, at least I know that a small child can swim through the veins of a blue whale. You never know when that might come in handy.
By Ellie DeLano - September 17, 2012