The things we do for our kids!

My Daughter Seceded From The Union, So I Became A Mommy Diplomat 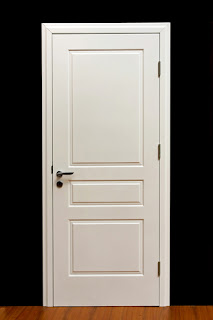 When my daughter was seven years old, she decided to secede from the family union. It all began with ham. I was getting ready to make dinner and she wandered into the kitchen.

Congratulations! You Have A Kitten! Now Here's A List Of What You Really Need!

So you got yourself a kitten, did you? We got ours courtesy of a barn cat on a local horse farm who had a litter of little purring delights. He came with the name Niko, and when he was old enough to leave his mother, we took him to our veterinarian for his first once-over. The vet had a barrage of questions as she checked him out.

I took my kids camping for the first time this season, and for the first time, we brought along a friend for my daughter. Usually, it's just the kids and me, but as Anna grows older and David grows not nearly as quickly, it's getting harder for her to amuse herself with her brother for more than short bursts of time. A friend would give her someone to hang with, while I kept David engaged. She's also old enough now to roam a bit, especially since we were in a secured campground-resort with an entry gate. I packed the bicycles, and she and her buddy were loving it. We all were.

One Great, Big Single Mom Perk: I Get To See The Avengers - Without My Kids Watching Me Drool

All I Ever Really Needed To Know About Writing, I Learned From Ray Bradbury 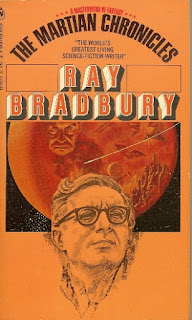 I grew up in a world of marvelous science fiction. I watched endless monster movies on Saturday afternoons with the younger of my two older brothers, and my eldest brother was an avid reader of Heinlein, Asimov and Bradbury. He had a Doc Savage book collection that is probably worth a fortune today.

As a pre-teen, I often stole books off his bookshelf, reading them in my bed at night under the covers with a flashlight until my Mom shut me down or my brother came in, wanting to know if I was stealing his books again.

One such night, he caught me reaching for something just as he entered the room - I was caught! I turned to sheepishly make my exit, wondering if I could sneak back later, maybe when he was in the bathroom brushing his teeth or something.

"Hey," he said. "You should try this one." He handed me a book with an orange cover that I'd been eyeing for awhile but hadn't taken yet.

"You like all those monster movies and space movies, right?" He went on. "This is all about Mars, except it's cool because the monsters turn out to be us."

Whatever Happened To Good Old-Fashioned SHAME?

Take a moment (before I begin my manifesto) and watch the following video:

Now take a few more minutes, and do some yoga or deep breathing exercises until your blood pressure returns to normal. If you're like me, that'll take awhile.