Once Upon A Time - Season 1, Episode 9 Recap: Family Always Finds Each Other, And Fills In Necessary Backstory 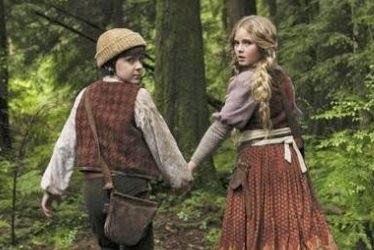 We open this week's episode in the Storybrooke drugstore where Henry meets Ava and Nicholas, two kids who set him up by stuffing his backpack full of stolen goods. Stan (aka Sneezy) catches Henry and calls his mother to let her know Henry's embarked on a life of crime.

A flashback to the Enchanted Forest shows us clearly that Ava and Nicholas are in fact, Hansel and Gretel, and they're in the woods with Dad. Dad gives them a compass and sends them off to gather kindling, but the compass is no help: their father is gone and they're all alone.


Enter the scheming evil Queen Regina looking marvelous - oh my GOD do I love that hat! 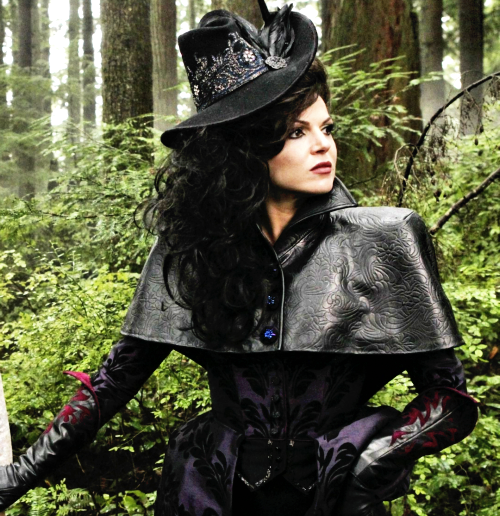 Regina offers to help them. If they'll do her a favor and steal a black leather satchel from an evil witch, she'll help them get back home. She cautions the kids not to eat a thing while they're in the witch's yummy house of gingerbread deliciousness.

Flashing over to Storybrooke, Emma shows up at the drugstore and interviews the kids, and they give her a sob story about their poor family. Emma drops the kids off at their house with a warning, but her spidey senses are tingling and she follows the kids in. It turns out this isn't their house - the kids are homeless.

Of course, Emma has a serious soft spot for homeless kids, and she learns that the kids have a father out there somewhere, who has no idea he's got kids. She wants to find him in the hope that he'll want the kids once he knows about them.

Regina takes over, of course, and contacts the state. There are no open foster homes in Maine, but (what a coincidence!) there are two open in Boston, and she's arranged for Emma to take them there that very evening. And hey, she might as well stay there while she's gone, right.

Back at the sheriff's station, Henry pulls out the story book and shows Emma the story of Hansel and Gretel. Henry says their Dad has to be in town because, as we all know, no one leaves Storybrooke. He takes this moment to ask about his father, and Emma reluctantly tells him a romantic story about his firefighter father romancing her over pie at a diner, and how he died in the line of duty. Henry asks if she has anything of his for Henry to remember him by, and Emma gets an idea.

She rushes home and pulls out the baby blanket she was found in - the very blanket that Snow White wrapped her in, still embroidered with her name. The kids produce the compass, the only thing their mother passed on to them when she died. Emma vows again she will find their father. 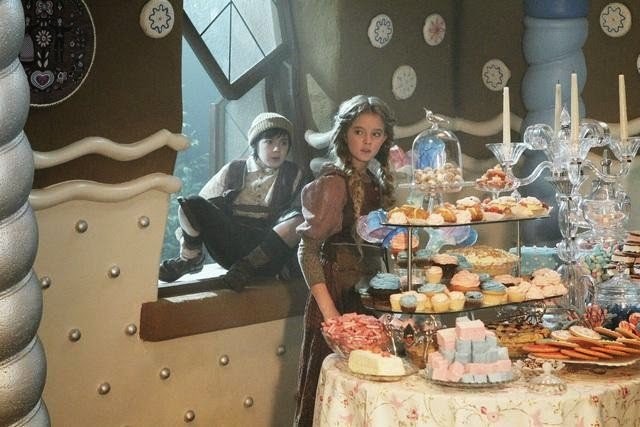 Back in the Enchanted Forest, Hansel and Gretel enter the witches gingerbread house only to find her sleeping. They locate the satchel, but before Gretel (who is clearly the brains of this operation) can grab it, Hansel, like any middles school boy, goes for the immediate gratification and stuffs his face with sugary goodness., waking the witch up and getting them both imprisoned. Boys.

In Storybrooke, however, Emma takes the compass to Mr. Gold, who not only remembers the compass, but he can look up the sales record and tell her exactly who owned it. He's willing to give Emma the information, in return for her forgiveness. Emma agrees to tolerance at best, and takes the name. She tracks the father down and makes an impassioned plea for him to take the twins. He refuses, though you can clearly see that decision weighs on him. He's not ready to be a dad, and he thinks he'll be a terrible one. Emma leaves, heartbroken.

And did I mention that Dad's got the cutest freaking dimples? Honest to God, this show never disappoints. 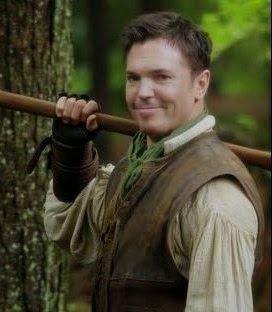 Emma has a heart-to-heart with Snow where she confesses that she lied to Henry about his father, and she plots to hide the kids from Regina while she works on Dad some more. Regina shows up (of course), reminding Emma that those kids need to go to Boston. Tonight.

Back in the gingerbread house, the witch tries to throw the kids in the oven, but they outsmart her, turning the tables and shoving her into the oven to roast alive as she shrieks "Gravy or butter!" Geez, I forget how bloodthirsty these old stories can be.

Evil Queen Regina takes the children back to the castle where she reveals what was in the satchel: the iconic poisoned apple. She praises the children, and here we see the first glimmer of what will end up being an integral part of Regina: She loves children. She's lonely, and she wants a child. She offers the children a home with her, and they turn her down. They want their father. This pisses her off, of course, and she sends them back to the forest.

Once they're gone, she orders a new prisoner to be brought to her - and it turns out that she's the one who took Daddy. She wants to know why his kids would turn down all the riches she had to offer them. Dad answers simply: "Because we're a family and family always finds one another," thus reinforcing that repeating theme once again, just to make sure we got it.

Meanwhile, in Storybrooke, it's time to take the kids to Boston. Henry tells them she's got to stop - the can't leave Storybrooke! Emma starts driving, only to have the car mysteriously break down before it hits the town line. It turns out there was no mystery to it: Emma tampered with the car so she could call the kid's dad - who happens to own the local garage.

When he pulls up, the compass needle starts going crazy, and the kids stare, pale-faced out the car window as Emma tries once more to convince this man that family means something. She's giving him a chance to see the kids, just once before she takes them away. He takes one look at them, and changes his mind, and a family is reunited.

Emma goes back home for another heart-to-heart where she confesses to Mary Margaret that Henry thinks she's her Mom. They study each other for a moment, laughing it off, and when Emma leaves, Mary Margaret holds Emma's baby blanket, getting a weird little shiver of deja vu.

Emma heads out to the street where Henry shows up to hand her a piece of pie (since pumpkin pie was supposedly his father's favorite) and suddenly, a mysterious stranger on a motorcycle rolls into town. 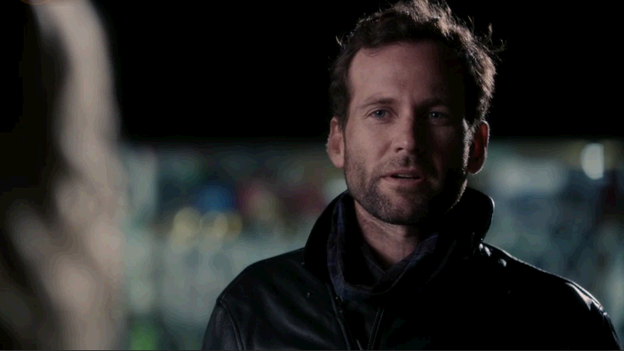 Ooooooh. He's so....obtuse (and hot. Did I mention I love this show?). He rides off to Granny's without bothering to give his name, as Henry and Emma trade loaded looks. There's a stranger in town. Oooooh.


I'll give this episode three blue wishing stars out of five.

Lots of good expositional stuff and future episode set-up. I love a good story about family, but other than a cool witch and a handsome, mysterious stranger, the pace on this episode was more than a little slow and it seemed to drag.