Once Upon A Time - Season 1, Episode 3 Recap: Snow Falls And So Do I 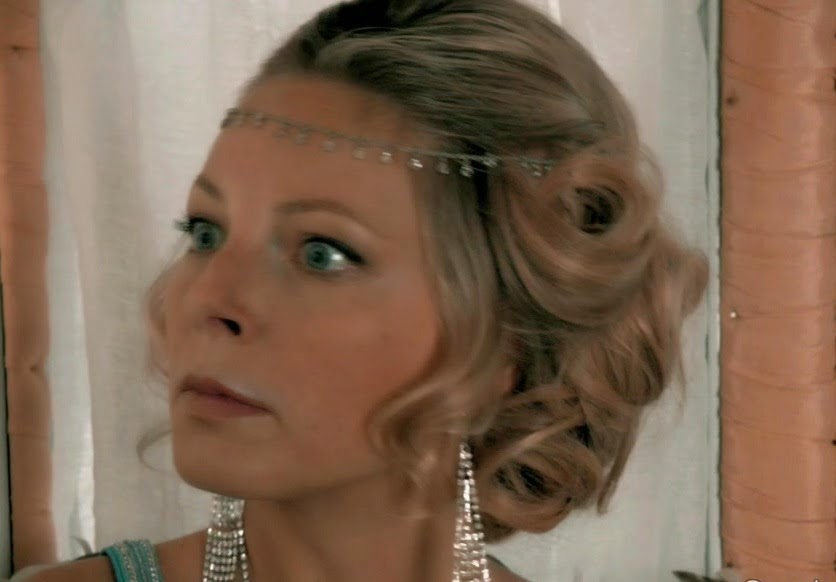 This week, we get some backstory on our beloved Prince Charming, who is seen traveling with an un-named-as-yet princess who is clearly not Snow White and is also, clearly, a bitch. They're ambushed on the road and Princess Bitchytoes gets all screechy when a hooded bandit makes off with Prince Charming's family jewels.

No really, it's a pouch full of jewelry.


The hooded bandit is none other than our beautiful Snow White, who (remember this, kids, it'll be important later – again and again and again) smacks her soon-to-be true love in the face with a rock and takes off, prompting him to utter the immortal Charming catch-phrase, "I will find you! I will always find you!"

Flash forward to present-day Storybrooke, where Mary Margaret is fresh off a disastrous date with Dr. Whale (and since I'm doing these recaps retro-actively, let me just say that damn, do I miss Mary Margaret's cute schoolteacher outfits from season one. She used to look so freaking adorable). She runs into Emma, who's now sleeping in her car because nobody will rent to her, courtesy of Regina's control over the town. She offers Emma her spare room, but Emma turns her down.

Henry, in the meantime, puts two and two together and figures out that John Doe, the coma patient at the hospital is actually Prince Charming, and he lets Emma know he's found her father. He gets Emma to agree to ask Mary Margaret to read the special story book to John Doe, and Mary Margaret agrees to go along with it, hoping – as Emma does – that when it doesn't work, his illusions will all be shattered and Henry will be smacked in the face by cold, hard reality. Nice.

Mary Margaret shows up at the hospital, begins reading, and of course, it's the story of their first meeting, and in a moment that shot a giant burst of oh-holy-f**k! up my spine, John Doe reaches out and grabs her hand. 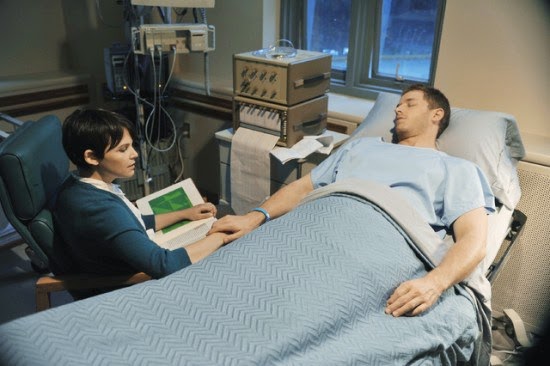 Mary Margaret rushes to tell Dr. Whale, who tells her she's nucking futs, and then he turns around on the sly and call Regina to let her know John Doe is waking up. Regina makes a seething bitchface at the news, and let me tell you, this woman can do some epic bitchface. Back to our storybook tale, where we see that Prince Charming has tracked down Snow White and set a trap for her. They trade some wonderful barbs, and I have to tell you now that you can honest-to-God see Ginnifer Goodwin and Josh Dallas falling in love in scenes like this. Makes my heart go pitty-pat in a really gushy and wonderful way.

Hard-edged, sarcastic Snow taunts "Prince Charming" about his arranged marriage, and he in turns tells her that she has to get his mother's ring back or he's going to turn her over to the evil queen. She agrees, and he cuts her down, dumping her on her ass. Charming, indeed. 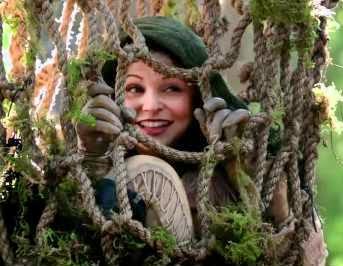 Meanwhile, in Storybrooke, Mary Margaret lets Henry and Emma know that John Doe showed signs of waking up, and they rush to the hospital only to find him gone and Regina smugly reminding them that she's John Doe's emergency contact. Regina forbids Henry to hang with Emma, and they discover that John Doe has wandered off into the woods. Emma, Mary Margaret, and Sheriff ManCandy Graham head into the woods to find him, only to be joined by Henry, who has once again given Regina the slip.

Flashing back to the Enchanted Forest, we see Snow get one over on ol' Charming, only to have it go horribly wrong and end up with the dagger of one of the queen's soldiers at her throat. Charming charges in to the rescue, and Snow finally decides he's a decent guy (and an awfully handsome one, if the brightness in her eyes is any indication) and agrees to really, honestly help him. They head for the troll bridge, to try to barter the ring back from the trolls that Snow sold it to.

The trolls aren't so accommodating, and once again, Charming steps in to save Snow, who runs off and soon realizes that it's time she did some saving of her own. She returns to the bridge, using her dark fairy dust and turning the trolls to cockroaches. Charming gets his ring back, they both say thank you, and in an impish moment, Snow tries on the ring that Charming's mother gave him – the ring that will always lead him to true love.

Oh, my God, do I love that moment. I loved it the first time I saw it, and now that I'm four seasons in and re-watching (and without getting into spoilers for season three), I love it even more. The look on Charming's face when he sees that ring on her finger. The look on Snow's face as she notices him noticing that ring on her finger. The way they look back at each other as they walk away. Pure, unadulterated fairy tale magic. I love it. 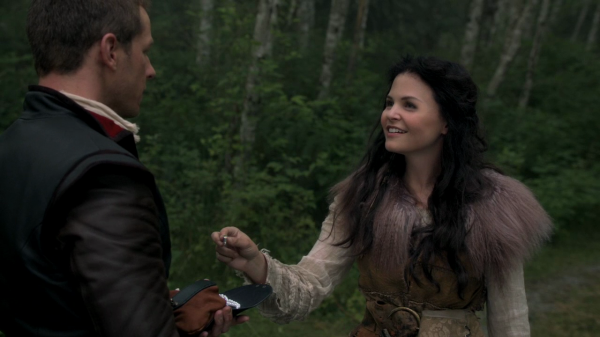 We move over to Storybrooke again, where Mary Margaret finds John Doe at the foot of the "Toll Bridge", collapsed and clearly not breathing. She performs CPR, begging him to come back to her, and with a gasp, he does. He opens his bleary eyes, and the connection between the two is clear, even if he can't remember who he is.

He's rushed to the hospital, where the bitchy princess from the beginning of the episode turns up (with Regina, of course), claiming to be his wife. John Doe is really David Nolan, and he has a wife, Catherine, who apparently never thought to look in the one hospital in town after he went missing all those years ago.

Dr. Whale mentions that it's just the darndest thing….David woke up all delirious and suddenly decided to go looking for something. Henry tells Mary Margaret that David was looking for someone, not something, and she should believe that he was looking for her. Emma confronts Regina, letting her know something doesn't smell kosher about this whole story, and Regina gives her that wonderful cat-in-the-cream smile, reminding her that she's got Henry, and Emma's got…well, no one.

We end the episode with David hugging his neglectful wife, but looking over her shoulder to make eye contact with Mary Margaret, who reaches down to twirl that beautiful ring, the very one that belonged to Charming's mother. She heads for home, where Emma shows up, asking if she can take that spare room, after all.

This episode had me hoping beyond hope for David to wake up, and falling so very much in fairy tale love.